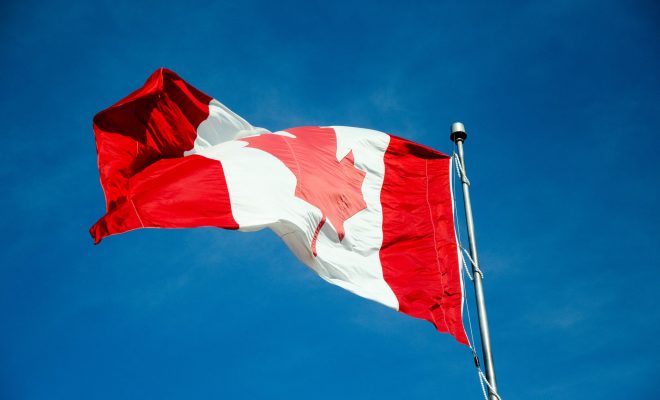 Canadian Judge Robin Camp has resigned after his comments during a 2014 rape trial when he asked the woman testifying why she didn’t “keep her knees together.” Camp’s language and comments during the trial implied that he thought the woman could have prevented being assaulted if she had wanted to. He faced backlash for his condescending and wrongheaded behavior pretty much immediately and a 15-month investigation by the Canadian Judicial Council began.

On Thursday, the council released its findings and stated that Camp was “manifestly and profoundly destructive of the concept of impartiality, integrity and independence.” The council urged that he be removed from office, and a few hours later Camp announced that he would resign.

The case involved 29-year-old Calgary man Alexander Wagar and an anonymous 19-year-old woman, who accused Wagar of raping her in the bathroom during a house party. The judge’s behavior was also inappropriate; throughout the trial he acted as if the alleged rape victim was to blame. He repeatedly referred to her as “the accused” even though that was the proper term for Wagar.

Why couldn’t this guy keep his lips together? He was obviously asking for it. https://t.co/gZsU5j9Zgt

Camp also claimed that young women “want to have sex, particularly if they’re drunk.” He stated that for women, “some sex and pain sometimes go together,” which is not necessarily a bad thing.” He even went as far as telling the woman that she could have avoided being raped if she had moved her pelvis “slightly.”

As expected, Camp acquitted the man. But the Alberta Court of Appeal overturned the decision and ordered a second trial with another judge. Judge Gerry LeGrandeur said that although neither the accuser nor the accused sounded completely reliable during their testimonies, he couldn’t say without reasonable doubt that a sexual assault had actually occurred. After his second acquittal, Wagar’s attorney claimed that he was “the true victim.”

Repeat, he is one person. We need to look at the systemic issues of victim blaming in the criminal justice system. https://t.co/EBgX07DH4g

The woman in the case said that her experience throughout trial left her with suicidal thoughts, including Camp’s inappropriate questioning. “What did he get from asking that?” she said at a hearing during the inquiry into Camp. “He made me hate myself and he made me feel like I should have done something… that I was some kind of slut.” Camp, who had been nicknamed the “knees together judge,” showed remorse and admitted that he had been rude and had used “facetious words.” In the middle of an apology he had to correct himself, when he said, “The thing I feel worst about is the questions I asked of the accused.” He then quickly corrected, “the complainant.”

Camp’s daughter also took part in the hearing and said she is a rape survivor herself. She said that although her father’s comments were “disgraceful,” she claimed to have seen him develop an understanding and empathy for those who have experienced trauma. Camp also pointed to how he has spent a lot of time educating himself about sexual assault, met with feminist scholars, and underwent sensitivity training. But in the end, that was too little, too late. The council wrote in its report, “his apologies and efforts at remediation do not adequately repair the damage caused to public confidence.”

Emma Von Zeipel
Emma Von Zeipel is a staff writer at Law Street Media. She is originally from one of the islands of Stockholm, Sweden. After working for Democratic Voice of Burma in Thailand, she ended up in New York City. She has a BA in journalism from Stockholm University and is passionate about human rights, good books, horses, and European chocolate. Contact Emma at EVonZeipel@LawStreetMedia.com.
Share:
Related ItemsCanadaJudgeKnees TogetherMisogynyRapeRobin CampSexual AssaultTrial