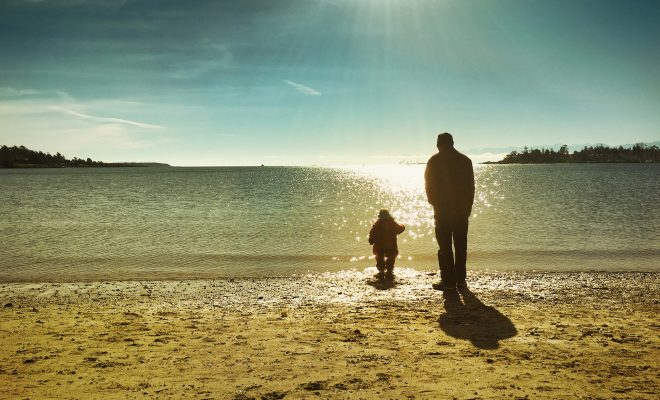 JPMorgan Chase, one of the largest banks in the world, has been accused of discriminating against fathers when it comes to parental leave. The ACLU has filed a complaint with the Equal Employment Opportunity Commission (EEOC) on behalf of a worker named Derek Rotondo. Rotondo claims that the bank discriminates on the basis of sex when it comes to paid parental leave, by guaranteeing women 16 weeks, but men only two.

Rotondo, a father of two, has worked for JPMorgan Chase for seven years. The current parental leave policy at the financial institution guarantees 16 weeks for the “primary” caregiver and two weeks for the “secondary” caregiver. When Rotondo’s youngest child was born, he decided to apply for parental leave granted to a “primary” caregiver, because he intended on playing that role with his son. But because he is the child’s father and not a mother, he was told that the company makes the presumption that the “primary” caretake is the mother, and he has to prove that he will be acting as a primary caretaker.

Because his wife, who is a teacher, would also be home, he didn’t meet the definition and wasn’t given the 16 weeks of leave. Rontondo claims that it was only men who would be forced to prove that they’re the primary caretaker, and in doing so, the bank is violating federal civil rights law. Essentially, he claims that if the roles were reversed, he would have received the leave, no questions asked. As Rontondo wrote in a piece posted on the ACLU website:

J.P. Morgan’s parental leave policy is outdated and discriminates against fathers who want a meaningful amount of time off to be at home with their kids–just like mothers who work for the company. The policy also discriminates against both moms and dads by enforcing two related stereotypes: that raising children is women’s work and that only men should return to work immediately after their children are born. This doesn’t even begin to address how same-sex and adoptive parents fit into the equation. What would a two-dad family do under J.P. Morgan’s policy, for example?

If the EEOC finds that there’s merit to Rontondo’s complaint, it could open the door for a federal lawsuit filed against the banking giant. In a nation that seriously lags behind when it comes to parental leave as a whole, this could be a good thing.

Anneliese Mahoney
Anneliese Mahoney is Managing Editor at Law Street and a Connecticut transplant to Washington D.C. She has a Bachelor’s degree in International Affairs from the George Washington University, and a passion for law, politics, and social issues. Contact Anneliese at amahoney@LawStreetMedia.com.
Share:
Related ItemsACLUDiscriminationEEOCJPMorgan ChaseLawsuit