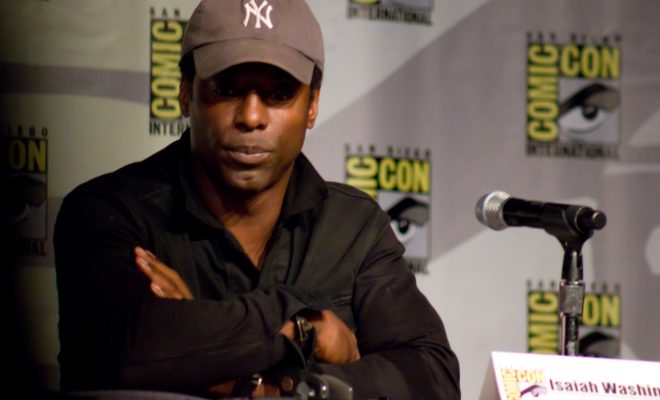 Actor Isaiah Washington called on African Americans to protest the recent deaths of Keith Scott and Terence Crutcher, by skipping work on September 26 in order to show the world that black lives matter.

Washington’s social media campaign began last Tuesday on his Facebook page, and quickly moved to a variety of platforms. The movement gained traction as a trending topic on Twitter the night before; however, it is unclear how many African American plan on participating. Washington posted:

Imagine if every single African American in the United States that was really fed up with being angry, sad and disgusted, would pick ONE DAY to simply ‘stay at home’ from every single job, work site, sports arena and government office in the United States of America. I’m very sure that within 72 hours from Wall Street to the NFL…Black Lives Would Matter. September 26, 2016 is THE DAY.

On Wednesday, the former “Grey’s Anatomy” star followed his initial post by announcing he had teamed up with Madelon “Blue” McCullough from #Missing24–a social media campaign described as “a grassroots movement for our people by our people.”

“Our goal is to maintain the safety of our people, while significantly impacting America’s broken judicial system that is oppressing us by removing our labor, our bodies and our money from it … for 24 hours,” he wrote.

Fellow African Americans went to Twitter to voice their own opinions by using the designated hashtag. Responses to the campaign varied–users called out Washington for not understanding the consequences of his movement due to his financial status, while other showed support.

Re: Isaiah Washington & other calls for boycotts: We disrespect the cause by not understanding just how much work & strategy goes into them

So @IWashington who is a millionaire tells you to skip out on work tomorrow… You will be unemployed by Tues. #StayAtHomeSeptember262016

Washington posted on Facebook that CNN’s Hazel Pfeifer reached out to him for an interview, but he declined, saying that he doesn’t plan on talking to the media “until the People of America give me a ‘reason’ to.”

The actor encouraged active participants to fill out his survey in order to keep track of the movement.

Bryan White
Bryan is an editorial intern at Law Street Media from Stratford, NJ. He is a sophomore at American University, pursuing a Bachelor’s degree in Broadcast Journalism. When he is not reading up on the news, you can find him curled up with an iced chai and a good book. Contact Bryan at BWhite@LawStreetMedia.com.
Share:
Related Items#StayAtHomeSeptember2016Black Lives MatterIsaiah WashingtonPolice Brutality