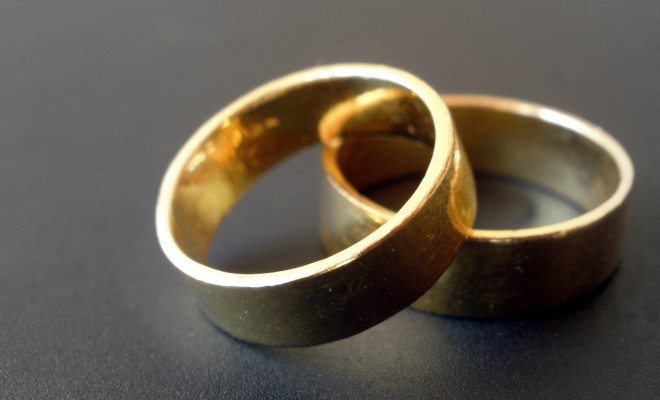 Let me preface this by saying I have nothing against people of the Christian faith. In fact, I know many truly decent, open-minded human beings who practice Christianity. What I do have a problem with is that subset of Christianity that uses religion as an excuse to encourage acts that violate basic human rights.

Take, for example, a writer for the website Biblical Gender Roles who goes by the name Larry Solomon (not his real name). In previous posts, he has said there is “no such thing” as marital rape because if a wife refuses sex with her husband it is “a disrespectful and unloving response… and there is no sin in you trying to initiate sex with your wife.”

He goes on to encourage husbands to have sex with their wives anyway, even if she flat-out refuses or does so “begrudgingly.”

Solomon explains that women just don’t want sex as much as men do, that sex is the primary way husbands feel close to their wives, and that if a wife denies her husband sex she is opening them both up to “temptation.” I assume what he means by “temptation” is extramarital sexual relations. So, he tells his readers, if your wife agrees to “fake it,” has sex begrudgingly, or just refuses, have sex with her anyway and ignore her face, because she’s probably giving you a look of betrayal.

What’s scary is that Larry Solomon, or whatever his real name is, isn’t the only person who thinks this way. He isn’t the only person who thinks that men have a God-given right of control over their wives or significant others. Somehow, it becomes the woman’s fault for not being “in the mood”; somehow it is her fault if her husband seeks companionship outside of their marriage. For example, the Duggar family came under fire recently because the oldest son had more than one sexual scandal in one year (if you need a refresher: it was revealed that he has previously molested two of his sisters AND had an Ashley Madison account while married). In response, the mother, Michelle, took to her blog to implore women to meet their husbands’ sexual needs even if they’re tired after a long day or “exhausted and pregnant.” She says that if you’re there for his physical needs, he’ll be there for your needs. So, essentially, fake it when you’re not in the mood for the health of your relationship.

Ladies, that’s bullshit. Marriage takes work, that is no secret. If one night you don’t feel like having sex, or your husband doesn’t feel like having sex, you don’t do it. Unless both parties agree to it, it’s not consensual, even in a marriage. If you’re refusing sex because of a deeper issue, such as a lack of communication or unresolved argument, clearly things need to be worked out emotionally before you and your significant other can get physical again and have it be pleasurable for BOTH of you. There is such a thing as marital rape, and there is no shame in saying “no.”

Marital rape is illegal in the U.S., but in several states, there is still language being used that allows spousal rape to go unpunished. According to the research in this Daily Beast article, a person can be legally drugged and sexually assaulted in some states if the perpetrator is the victim’s spouse. The existence of these caveats only adds to the rape culture already running rampant in the United States. To stop it, we have to keep sending out the message that “No Means No,” even in a marriage.

Learn More: Marital Rape in the U.S.: What are the Laws?

Morgan McMurray
Morgan McMurray is an editor and gender equality blogger based in Seattle, Washington. A 2013 graduate of Iowa State University, she has a Bachelor of Arts in English, Journalism, and International Studies. She spends her free time writing, reading, teaching dance classes, and binge-watching Netflix. Contact Morgan at staff@LawStreetMedia.com.
Share:
Related ItemsChristianityConsentFeminismGender RolesMarital rapeMichelle DuggarRape