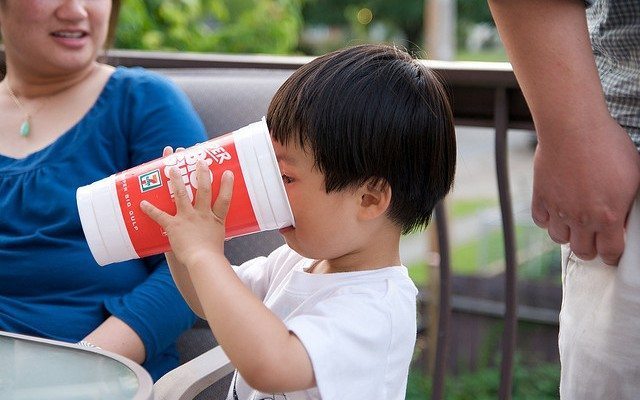 Don’t get pregnant in Nebraska, ladies. Back in January 2011, Republican State Senator Lydia Brasch introduced legislative bill 690. The bill mandated that if a woman under the age of 18 wanted to abort a pregnancy, she must receive written permission from a parent or guardian. Otherwise, no abortion procedure for you, sweetheart. Good luck with that!

LB 690 was a wild success in the Nebraska legislature. It passed by a landslide in May 2011, and was signed into law the very same day. These kinds of bills are called “parental consent” bills by the anti-abortion lobby. But for those of us who believe in Roe v. Wade and a woman’s right to choose?

This is just a straight-up, anti-abortion bill.

Why? After all, abortion is still legal in Nebraska, even after LB 690’s passage. No big deal, right? Wrong. Anonymous 5, a 16-year-old Nebraskan ward of the state who was denied her right to an abortion this week, can personally tell you that it’s a very, very big deal.

At a hearing back in July, Anonymous 5’s parents were stripped of their parental rights because they had been abusive and neglectful of their three children. Anonymous 5 and her two younger siblings were placed in foster care, under the legal protection of the state. At this same hearing, Anonymous 5 informed the judge that she was 10 weeks pregnant, and wanted to get an abortion.

She was, to put it lightly, in a pickle. She needed written parental consent, but legally, she no longer had any parents. What to do? Her only option was to ask a judge for permission to circumvent LB 690—something young girls are supposed to be allowed to do, in cases of medical emergency or abuse.

But that really didn’t work out for her. This week, the Nebraska court made a final decision on her abortion request, ruling that she had not sufficiently proved that she had been a victim of abuse, and—most importantly—she had not proved herself to be mature enough to decide that she wanted an abortion.

Because that makes a lot of sense.

Especially considering that Anonymous 5 had some really good reasons for not wanting to give birth to a child. Besides the obvious factors—she’s a high school student without the financial or emotional resources to be, in her words, the kind of “mom [she] would like to be right now”—a very religious foster family is currently housing her and her two young siblings. Anonymous 5 expressed concern that she would lose her foster placement if her foster parents found out about the pregnancy.

Meaning that, in this case, adoption is not a viable option. The mere act of carrying this child to term could cause Anonymous 5 and her siblings to wind up homeless. And haven’t they already been through enough, after growing up in an abusive, neglectful household?

You’d think so, but the Nebraska judge didn’t agree. He denied Anonymous 5 the right to make this deeply personal choice by herself, and instead, decided for her, ruling that she would not be allowed to receive an abortion in the state of Nebraska.

So, what does this mean for LB 690, and other parental consent bills like it?

It means that they have the power to deny young women access to abortions. That’s a really big problem. But perhaps more importantly, these bills take the right of bodily decision-making away from young women, and hand it over to someone else.

And that’s just not OK. Every person, regardless of gender, needs to be able to choose what happens to his or her (or zir!) body. How would you like it if someone else had the power to decide what hairstyle you should wear, or how provocative your clothes should be, or what you could eat, or when you could sleep?

You’d hate it. You’d get angry and frustrated. You’d feel powerless. And these feelings would be in response to relatively trivial kinds of control.

I mean, seriously, everyone freaked out when Mayor Bloomberg tried to control how big our sodas could be.

So, can you imagine how powerless you’d feel if someone else forced you to grow a child inside your abdomen for nine months, after which, you’d have to literally tear your body apart trying to expel it? And then, you’d either have to raise it for the next 18 years, or make the heart wrenching decision to hand that responsibility off to someone else?

That’s not trivial. That’s a life-altering kind of control. It’s too important to be placed in someone else’s hands.

Walter White, for the win.

Only the person who’s pregnant can make that call. It’s a deeply personal decision, and one that she’ll have to live with forever. Simply put, women need to be in control of their own bodies.

And the fact that, in 2013, this concept still hasn’t sunken in is horrifying. How far have we really come from the days when women’s bodies were bought and sold by men through marriage—when women were nothing more than property?

Not far, apparently, when a man in Nebraska has the power to decide what’s going to happen inside of Anonymous 5’s body.

So, whaddya say, folks? Can we stop controlling and policing women’s bodies, so that no one else ever has to go through what Anonymous 5 did this week?

I really hope so.

Hannah R. Winsten
Hannah R. Winsten is a freelance copywriter, marketing consultant, and blogger living in New York’s sixth borough. She hates tweeting but does it anyway. She aspires to be the next Rachel Maddow. Contact Hannah at staff@LawStreetMedia.com.
Share:
Related ItemsAbortionAdoptionNebraskaParental ConsentPregnancyRight to ChooseRoe v. WadeTeen Pregnancy