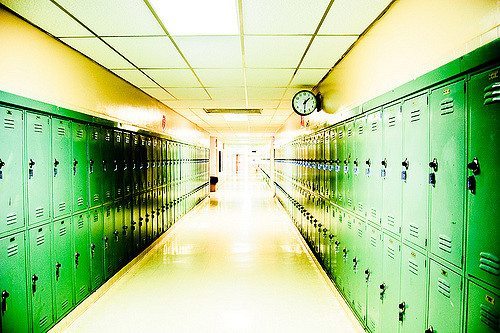 Every 107 seconds someone in America is sexually assaulted. A staggering 35.8 percent of these assaults occur when the victim is between the ages of 12 and 17. Still despite these figures, the topic of sexual assault is still too taboo for many to even talk about.

Everyday Sexism, a project aimed at spreading awareness about sexism, equality and women’s rights, decided to challenge this stigma with the creation of the hashtag #WhenIWas on Tuesday. The hashtag allows victims to share their early experiences with sexual harassment, violence, discrimination, and abuse, in order to bring attention to its alarming prevalence among children and teenagers.

Thousands of our https://t.co/pYch8sXUOn entries come from girls under the age of 16, detailing sexism, harassment, violence & abuse

Many people are shocked and unaware that sexual harassment, violence, discrimination and abuse start from an extremely young age

The responses quickly began flooding in. Hundreds of women shared their chilling entries with the world using the hashtag, and quickly it became pretty apparent just how similar many of their stories were.

These tweets reveal just how early sexual assault and harassment can start. Click through the slideshow below to learn more.

#whenIwas in 14 a teaching priest told us in class that rape is impossible as “a letter can’t be posted if the letterbox isn’t open”.

Alexis Evans
Alexis Evans is an Assistant Editor at Law Street and a Buckeye State native. She has a Bachelor’s Degree in Journalism and a minor in Business from Ohio University. Contact Alexis at aevans@LawStreetMedia.com.
Share:
Related Items#WhenIWasEveryday SexismSexual AssaultSexual HarrasmentTrending Hashtag