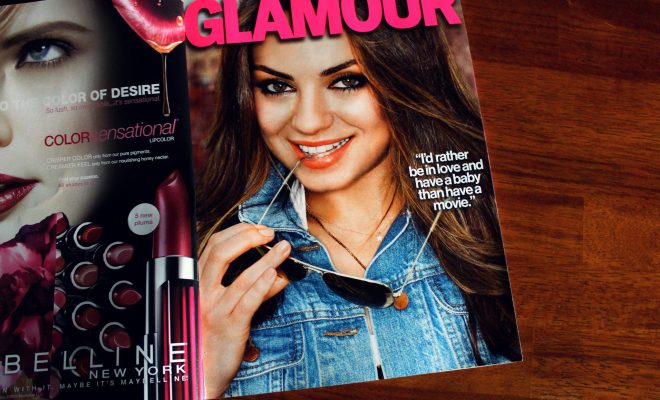 The Brock Turner sexual assault case upset us all, and you can’t have missed the assault survivor’s powerful words as her statement circulated in the media. It started with the words, “You don’t know me, but you’ve been inside me, and that’s why we’re here today.” A few days after the trial, an open letter was released by Vice President Joe Biden, commending her for her courage. She has only been identified as Emily Doe in the media to protect her identity. Now Glamour magazine has named her as woman of the year for her courage and her words, with the praise: “It was Doe’s take-no-prisoners telling of what happened afterward that changed the conversation about sexual assault forever.”

Doe’s words circled the globe. Within four days her statement had been viewed 11 million times; it was read aloud on CNN and the floor of Congress. Rape hotlines experienced surges in both calls and offers of volunteer help. And importantly, California closed the loophole that had allowed lighter sentences in cases where the victim is unconscious or severely intoxicated.

On Tuesday, Doe wrote another piece for Glamour describing how she was told her case was an “easy” one, thanks to the evidence and witnesses. But she didn’t experience it that way.

I had forensic evidence, sober un­biased witnesses, a slurred voice mail, police at the scene. I had everything, and I was still told it was not a slam dunk. I thought, if this is what having it good looks like, what other hells are survivors living?

Doe went on to describe how she lost all hope when she heard Turner was only sentenced to six months in prison. And how later, he was let out after serving only about half that time. But after Buzzfeed published the powerful statement she read in court, support from women all over the world started pouring in. She got letters from Botswana, Ireland, and India, she received bicycle shaped earrings to symbolize the two Swedish guys who biked by and rescued her, and she got paintings of lighthouses, referring to the part of her speech when she talked about being a beacon of light for others.

Doe wrote how she wants to be a role model for young girls–and to encourage everyone to speak up. She also contemplated how one woman felt it necessary to comment somewhere on the internet: “Sad. I hope my daughter never ends up like her,” as if being raped was Doe’s own fault. Someone else said: “she’s not pretty enough to have been raped.” Doe absorbed those remarks, but drew strength from seeing her message spread online and on the TV news. And she said she did hope other girls would “end up” like her–strong and knowing their rights.

Emily Doe, “the Stanford Survivor” speaks out in a powerful essay—”I hope you don’t end up, I hope you keep going.” https://t.co/0thSTYFw8Y pic.twitter.com/x6LzPuTLKa

Placing the blame on an assault survivor is a dated and dangerous way mindset. No matter how someone is dressed or how dark it is outside, an attack is never the survivor’s fault.

If you think the answer is that women need to be more sober, more civil, more upright, that girls must be better at exercising fear, must wear more layers with eyes open wider, we will go nowhere. When Judge Aaron Persky mutes the word justice, when Brock Turner serves one month for every felony, we go nowhere.

She ended her essay by saying that the world won’t change until everyone makes it a priority to avoid harming other people–and hold accountable those who do.

Emma Von Zeipel
Emma Von Zeipel is a staff writer at Law Street Media. She is originally from one of the islands of Stockholm, Sweden. After working for Democratic Voice of Burma in Thailand, she ended up in New York City. She has a BA in journalism from Stockholm University and is passionate about human rights, good books, horses, and European chocolate. Contact Emma at EVonZeipel@LawStreetMedia.com.
Share:
Related ItemsBrock TurnerCampusEmily DoeGlamourRapeRape CaseSexual AssaultStanfordWoman Of The YearWomen's Rights