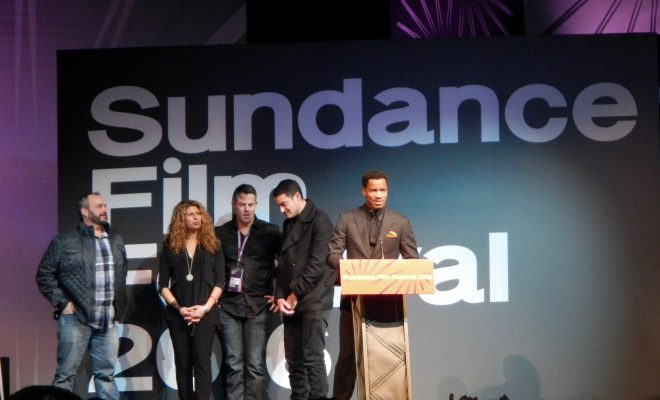 On Friday, Los Angeles Times published a powerful op-ed by actress Gabrielle Union in which she addressed the recent rape allegations against movie director, writer, and actor Nate Parker. Parker was Union’s director in the movie “Birth of a Nation,” the highly-anticipated Oscar favorite about Nat Turner, an enslaved man who started a slave rebellion. Union plays a rape victim that throughout the film is silent, symbolizing situation many survivors of sexual violence find themselves in.

In her op-ed, Union reveals that she herself was sexually assaulted in her youth. She describes how 24 years ago she was raped at gunpoint in the back room of the shoe store where she used to work. She took the role in “Birth of a Nation” to provide a voice to all the voiceless women out there who have been victims of sexual abuse or rape. When the allegations against her director Nate Parker resurfaced, she says she was shocked. She wrote:

Since Nate Parker’s story was revealed to me, I have found myself in a state of stomach-churning confusion. I took this role because I related to the experience. I also wanted to give a voice to my character, who remains silent throughout the film. In her silence, she represents countless black women who have been and continue to be violated. Women without a voice, without power. Women in general. But black women in particular. I knew I could walk out of our movie and speak to the audience about what it feels like to be a survivor.

She went on to say that she couldn’t take these allegations against Parker lightly, arguing that although no one knows what actually happened that night many years ago, this is an opportunity to educate people about consent. Silence does not mean “yes.”

The rape accusation against Parker is 17 years old but recently resurfaced in the media. At 19, he and his college roommate Jean McGianni Celestin were accused of raping a woman who allegedly was too drunk to stand up straight. Parker has always maintained his innocence, saying it was consensual. He was acquitted of all charges, but Celestin was convicted of sexual assault. Celestin also helped make the movie that is now in the running for Academy Awards. One part that is particularly controversial is that they allegedly harassed the woman afterward. She later committed suicide in 2012.

Parker has tried to explain the difference between his 19-year-old self and the Nate Parker of today. He posted a statement on his Facebook page expressing his shock when he heard of the young woman’s passing. Some have accepted this as an apology, while others have said it’s just empty talk to try and save his movie. In light of the recent controversy, several locations have canceled screenings of “Birth of a Nation” and Q&A’s with Parker, such as the American Film Institute.

Gabrielle Union is married to NBA player Dwyane Wade and is the stepmother of his three sons. She said in raising them, she and Wade have educated them strictly about manners, drugs, and making the right choices. But lately, she realized this is not enough, and that they also have to teach them about boundaries between the sexes. She said:

To that end, we are making an effort to teach our sons about affirmative consent. We explain that the onus is on them to explicitly ask if their partner consents. And we tell them that a shrug or a smile or a sigh won’t suffice. They have to hear ‘yes.’

Emma Von Zeipel
Emma Von Zeipel is a staff writer at Law Street Media. She is originally from one of the islands of Stockholm, Sweden. After working for Democratic Voice of Burma in Thailand, she ended up in New York City. She has a BA in journalism from Stockholm University and is passionate about human rights, good books, horses, and European chocolate. Contact Emma at EVonZeipel@LawStreetMedia.com.
Share:
Related ItemsAcademy AwardsBirth of a NationGabrielle UnionNate ParkerOscars 2016RaceRapeRape Accusationsexual abuseSexual ViolenceViolence Against Women