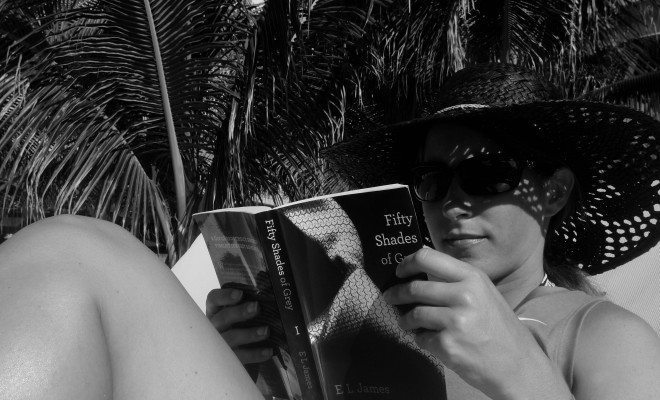 Fifty Shades of Grey and Abuse

I take several issues with the books, not the least of which being the absolutely atrocious writing. I tried and failed to get through the first book mainly due to the horrible prose, but also because–like the series it is based off of–the main relationship is so obviously abusive.

If you haven’t put yourself through the torture of reading them, don’t worry! You can see the whole toxic love story play out on the big screen when it comes out on Valentine’s Day (no obvious commercialization there…). I would never pay money to see it, though I am curious as to whether the movie will portray the undertones of abuse and rape that were so prevalent in the books.

Please note, this is not a critique on people who live a BDSM sexual lifestyle. It is my understanding that those who do follow strict rules to maintain safety and enjoyment for everyone involved. In Fifty Shades of Grey, that is not really the case. Christian Grey uses his role of Dominant to ensure Anastasia’s submissiveness in literally every aspect of her life. It is fiction, but unfortunately, many women live in a constant state of fear from their physically and mentally abusive and controlling partners–men like Christian Grey. These women do not give their permission to be treated thus, but instead are forced to stay in violent relationships based on threats and low self-esteem.

This sort of abuse should not be romanticized, yet that is what we find in this best-selling trilogy, lauded for allowing women the freedom to express their sexuality. While it certainly did bring romantic literature to the forefront and got millions interested in bondage and S&M, women’s sexuality is so much more complex than what the dangerous story line in these books portrays. If we are looking for a book that encompasses and celebrates a woman’s right to whatever sexual fetishes she chooses, there are definitely better stories (and better written stories) out there.

So this Valentine’s Day, instead of celebrating and encouraging abuse, let’s celebrate the stories of those survivors who got away from toxic relationships, and bring attention to the fact that domestic violence and rape are very real, very horrible things that exist in our world.

For more information on how you can prevent abusive relationships, visit the National Domestic Violence hotline website.