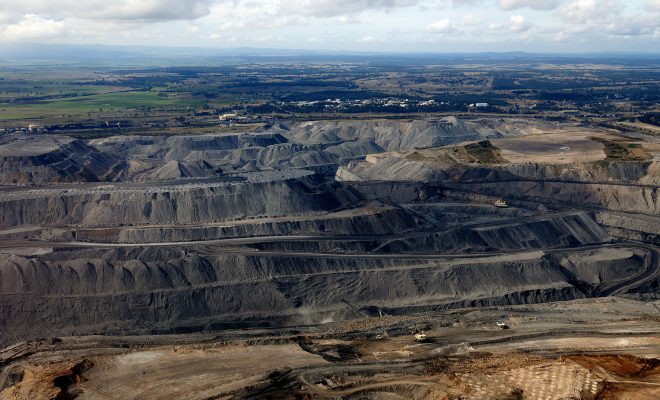 As John Oliver predicted in his most recent episode of “Last Week Tonight” on Sunday, he is now being sued by a Republican coal baron who was the subject of the episode. Robert Murray has made it something of a habit to sue media organizations that portray him in a negative way–he sued the New York Times in May.

Murray is the boss of the largest coal company in the country, Murray Energy Corporation. The lawsuit was filed on Tuesday in West Virginia. It targets Oliver, HBO, Time Warner, and “others.” It maintains that Oliver and HBO aired a “meticulously planned attempt to assassinate the character of and reputation of Mr. Robert E. Murray and his companies.” But the whole point of Oliver’s show is satirical jokes, and his team did contact one of Murray’s companies before the episode ran.

Murray answered HBO by sending the media company a cease-and-desist letter–the first ever for “Last Week Tonight.” Oliver didn’t care however, and in the episode he went through some of Murray’s most stupendous moments. The most significant one was when one of his mines collapsed in Utah ten years ago, killing nine workers. A government report later concluded that it was the result of “unauthorized mining practices which increased geological stress levels in the vicinity of working coal miners.”

Coal exec Robert Murray is infamous in Utah. If there were any justice he’d be in prison for Crandall Mine disaster https://t.co/KKKatkZBzu

But while rescue workers were still trying to get people out, Murray talked to reporters and claimed his company had done nothing wrong, and that the accident was due to an earthquake. He still maintains that position today. In congressional hearings afterwards, family members of the deceased said that Murray made matters worse by only talking about the alleged earthquake, refusing to answer questions, and even yelling at them for asking about their loved ones.

Murray’s recent lawsuit states that Time Warner Inc. has donated money to Hillary Clinton’s campaign and that the broadcasts have “vigorously supported and advanced” her agenda, as if that automatically would make the defendants hostile to Murray personally.

It also says that Murray’s website was hacked, and that someone left a message that said, “Eat sh*t, Bob,” after being inspired by the episode in which Oliver was visited by the giant squirrel Mr. Nutterbutter who said the same thing. That was probably inspired by the rumor that Murray once said he went into the coal business because a squirrel approached him and told him to.

Murray’s health allegedly deteriorated after seeing the episode. He is suffering from Idiopathic Pulmonary Fibrosis, a disease which causes the tissue in the lungs to become thick and stiff so that they can’t transport enough oxygen to the body. “They did this to a man who needs a lung transplant, a man who does not expect to live to see the end of this case,” the lawsuit reads.

But the “Last Week Tonight” episode presents a lot of facts that makes it hard to feel sorry for Murray. Even though he likes to speak in defense of coal workers on TV, he is not exactly doing a lot to help them. In 2016, his company tried to block a new law that would protect miners from coal dust, and called inspections by the Mine Safety and Health Administration a “total harassment.”

Coal dust causes black lung, a disease that killed around 10,000 people between 1995 and 2005. Despite that, Murray claimed that the rule was illegal and destructive and did “nothing for our miner’s health.”

In all, the lawsuit doesn’t seem like it will go anywhere. “Overall I’d say it appears frivolous and vexatious. Any core of merit is buried in nonsense,” said First Amendment lawyer Ken White. He said most of it is “rambling and semi-coherent, mixing fact with opinion and insult.”

Check out the coal episode for yourself:

Emma Von Zeipel
Emma Von Zeipel is a staff writer at Law Street Media. She is originally from one of the islands of Stockholm, Sweden. After working for Democratic Voice of Burma in Thailand, she ended up in New York City. She has a BA in journalism from Stockholm University and is passionate about human rights, good books, horses, and European chocolate. Contact Emma at EVonZeipel@LawStreetMedia.com.
Share:
Related ItemsCoalCoal MiningJohn OliverLast Week TonightMurray Energy CorporationRobert E. Murray