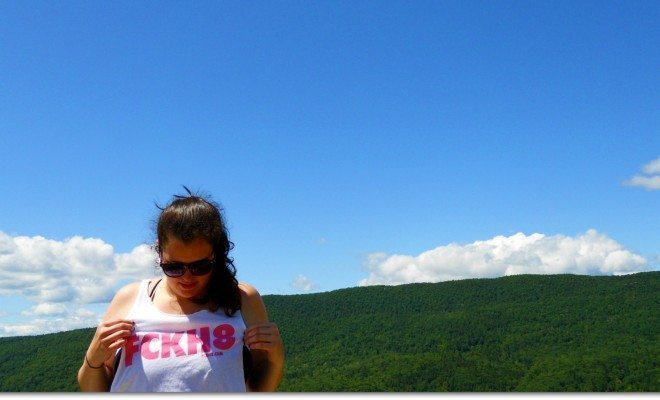 Children “Drop F-Bombs For Feminism,” Are You Listening?

Recently a video has been making the rounds on my Facebook feed, posted both by people cheering it on and by people questioning the sanity of its producers. The now-viral video features little girls dressed up as princesses and talking about women’s rights. It doesn’t sound so harmless, right? What is so controversial?

The video is produced by FCKH8.com, a for-profit clothing company that features t-shirts with mottos like “This is what a #feminist looks like” and “Some kids are gay, that’s okay.” Since its inception in 2010, it has donated more than a quarter-million dollars to foundations fighting for equality, and boast celebrity customers like Ellen DeGeneres, Portia de Rossi, Dan Savage, and Zac Efron. Now, it can add “viral video production” to its list of accolades. It has nearly 100,000 “likes” and more than 400,000 shares on Facebook, and nearly one million views on YouTube.

Watch the video below, and if you are at work or around sensitive ears, I suggest the use of headphones:

Obviously, the first time you watch these little girls swearing like a middle-age man with road rage, it is pretty shocking. We’re not accustomed to hearing proper young ladies use such language!

Here’s the thing: it is meant to shock you. It is meant to grab your attention, and it succeeds. Through all the f-bombs and a-bombs (and I don’t mean atomic), their message is loud and clear: sexism still exists, and it needs to stop.

Many of the complaints lodged against the video are about the children using curse words. Clearly, though, their parents gave them permission to be in the video, and their message is more important than their foul language. The point is that the rampant sexism and hate in society today is more shocking than girls and boys saying “f***.” Don’t focus on the swearing, focus on the statistics and the facts they are sharing.

Others agree with the message, but dislike the use of children to communicate it. One Facebook commenter said “using children to push a political agenda is one of the quickest ways to lose my respect.” While I agree that young kids should not be forced to share the political opinions of their parents, or stand on street corners holding signs supporting one politician over another, I think these kids do understand — at least fundamentally — what they are saying. They are all old enough to have experienced sexism already, like being told to play with Barbies instead of Tonka trucks or to dress up as princesses instead of superheroes. As the boy featured at the end said, “When you tell a boy not to act like a girl, it means you think it’s bad to be a girl.” Gender roles and sexism are ingrained in us early, and these children are meant to represent that.

One of the big points the girls make is that women are still paid less than men for the same work. Some viewers of the video had a real issue with that, one male Facebook user even posting this ill-informed meme:

Along with pointing out the pay gap, they bring attention to the fact that one in five women will be sexually assaulted, using themselves as examples, and saying “Instead of telling girls how to dress, start teaching boys not to f***ing rape!”

I couldn’t have said it better myself.

So, go back and watch the video again, share it, discuss it, and look past the swearing. They have to put quarters in a swear jar at the end anyway!