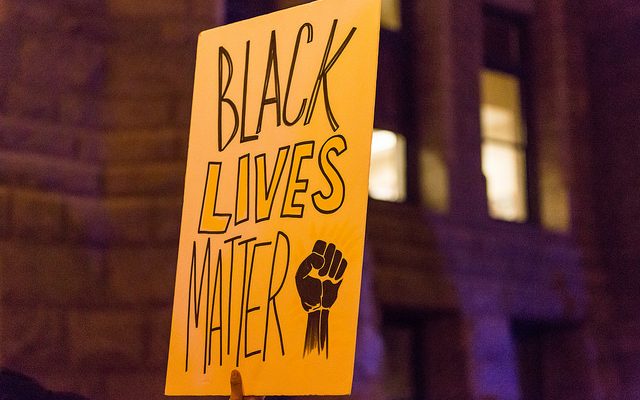 More than 50 organizations affiliated with the Black Lives Matter movement have outlined a list of demands for the first time on Monday. According to the organization, the demands, which include an “end to the war against Black people,” come in response to “the sustained and increasingly visible violence against Black communities in the U.S. and globally.”

The agenda specifically outlines six key demands related to police and criminal justice reform, with at least 38 recommendations on how address them. The demands include:

Michaela Brown, a spokeswoman for Baltimore Bloc, one of the group’s partner organizations, said in a statement to TIME, “We seek radical transformation, not reactionary reform.” Brown added,

As the 2016 election continues, this platform provides us with a way to intervene with an agenda that resists state and corporate power, an opportunity to implement policies that truly value the safety and humanity of black lives, and an overall means to hold elected leaders accountable.

Under the demand to “end the war against Black people,” the organization’s recommendations include: an end to capital punishment, the demilitarization of law enforcement, and an end to the use of past criminal history to determine eligibility for housing, education, licenses, voting, loans, employment, and other services and needs. The agenda states:

Until we achieve a world where cages are no longer used against our people we demand an immediate change in conditions and an end to public jails, detention centers, youth facilities and prisons as we know them. This includes the end of solitary confinement, the end of shackling of pregnant people, access to quality healthcare, and effective measures to address the needs of our youth, queer, gender nonconforming and trans families.

Under another demand for “community control,” the group recommends an end to the privatization of education, participatory budgeting at the local, state and federal level, and direct democratic community control of local, state, and federal law enforcement agencies, “ensuring that communities most harmed by destructive policing have the power to hire and fire officers, determine disciplinary action, control budgets and policies, and subpoena relevant agency information.”

The large policy overhaul comes after the conclusion of both the Republican and Democratic National Conventions, and almost two years after white former police officer Darren Wilson fatally shot Michael Brown, an unarmed black teenager, in Ferguson, Missouri. It will be interesting to see if and how the presidential candidates address these demands over the course of the election.

Alexis Evans
Alexis Evans is an Assistant Editor at Law Street and a Buckeye State native. She has a Bachelor’s Degree in Journalism and a minor in Business from Ohio University. Contact Alexis at aevans@LawStreetMedia.com.
Share:
Related ItemsBlack Lives MatterCriminal Justice ReformDemandPolice Shootings