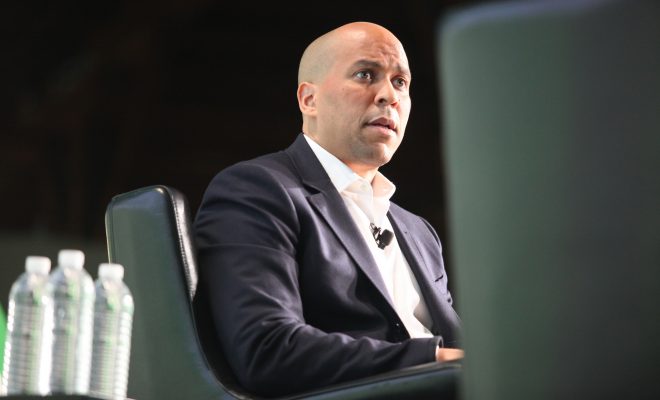 Cory Booker, a Democratic senator from New Jersey, introduced a bill on Tuesday that would legalize marijuana at the federal level. Titled the Marijuana Justice Act of 2017, the legislation aims to lessen the impact of marijuana arrests and convictions, which disproportionately affect minority and low-income communities. The bill also establishes a fund to invest in community programs and institutions.

“Our country’s drug laws are badly broken and need to be fixed,” Booker said in a press release accompanying the bill’s announcement. “They don’t make our communities any safer – instead they divert critical resources from fighting violent crimes, tear families apart, unfairly impact low-income communities and communities of color, and waste billions in taxpayer dollars each year.”

While marijuana is fully legal in eight states and D.C., it is barred at the federal level, classified as a Schedule I substance, joining heroin, LSD, and ecstasy. Booker’s bill would declassify marijuana, effectively legalizing it.

The legislation also would penalize states that have not legalized marijuana and have “a disproportionate arrest rate or a disproportionate incarceration rate for marijuana offenses.” Such states would not receive federal funding for constructing or staffing prisons and jails. Other funds would be withheld as well.

A prominent advocate for criminal justice reform, Booker also seeks to remedy the ills brought to minority communities by the War on Drugs. The bill would retroactively expunge federal marijuana convictions, and allow prisoners’ sentences to be reviewed. Marijuana arrests make up more than half of all drug arrests. And a 2013 ACLU report showed that in 2010, a black American was four times as likely as a white American to be arrested for marijuana possession.

Booker, in a statement on his Facebook page, said his bill “is the right thing to do for public safety, and will help reduce our overflowing prison population.” The legislation would create a Community Reinvestment Fund “to establish a grant program to reinvest in communities most affected by the war on drugs.” Grants would go toward job training and reentry programs, public libraries, youth programs, and health education programs.

Erik Altieri, executive director of marijuana reform group NORML, applauded Booker’s bill. In a statement, he said: “Not only is it imperative we end our failed experiment of marijuana prohibition, we must also ensure justice for those who suffered most under these draconian policies.”