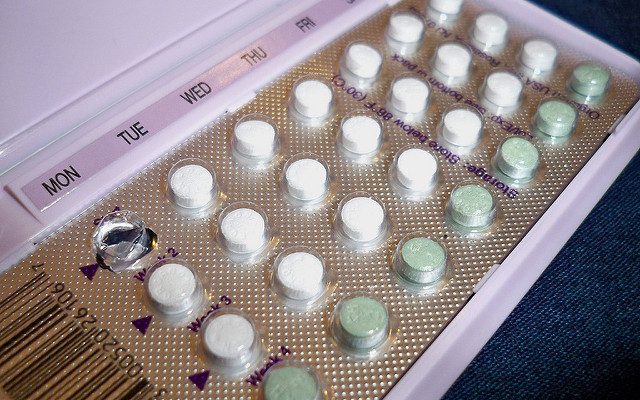 For many women, birth control pills feel like a lifesaver. When taken properly, they are 99 percent effective at preventing unwanted pregnancies, and often have the added bonus of reducing acne, regulating periods, and easing menstrual cramps. But, apparently their “lifesaving” status isn’t only meant metaphorically. According to a study by Oxford University, birth control pills have saved 200,000 lives from endometrial cancer over a nine-year period.

The Collaborative Group on Epidemiological Studies on Endometrial Cancer conducted the study and based on the results, believe that 400,000 cases of endometrial cancer before the age of 75 have been prevented over the past 50 years. Researchers determined this after analyzing the cases of 27,276 women with endometrial cancer and 115,743 without.

Endometrial cancer, more commonly known as uterine cancer, is a type of cancer that begins in the lining of the uterus and typically affects post-menopausal women. According to the National Cancer Institute, approximately 60,050 women in the U.S. were diagnosed with endometrial cancer in 2016, and approximately 10,470 women died from the disease, based on 2013 statistics.

The Oxford University study was first published in 2015 but made the news again this week, and its findings are more relevant than ever in light of recent events. This is especially true given that today is International Women’s Day, and women across the country are striking to protest President Donald Trump and to advocate for the rights of women–including reproductive rights.

This week Trump unveiled his highly awaited Obamacare replacement plan, which notably included provisions that would defund Planned Parenthood–preventing the organization from using federal funding toward its family planning services–and prevent Americans from using their tax credits to help pay for plans that include coverage of elective abortion services.

Under the new law, low-income women would have a much harder time obtaining affordable contraceptive options, including birth control pills. If the bill manages to make its way through Congress, the number of unwanted pregnancies and endometrial cancer cases could both rise.

Alexis Evans
Alexis Evans is an Assistant Editor at Law Street and a Buckeye State native. She has a Bachelor’s Degree in Journalism and a minor in Business from Ohio University. Contact Alexis at aevans@LawStreetMedia.com.
Share:
Related ItemsBirth ControlDonald TrumpInternational Women's DayOxford UniversityPlanned ParenthoodReproductive Rights