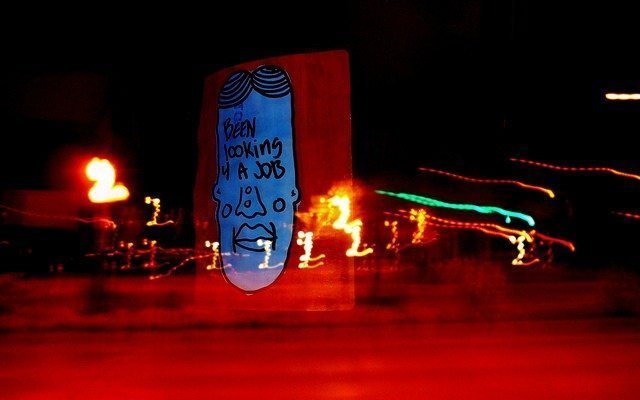 My first job after 1L year was for the U.S. Attorney for the Southern District of New York. I accepted the position knowing little to nothing about the role of the U.S. Attorney or the city of New York. All I knew was that, after two months of applying, I had the all-important first year internship. I had decided before law school that Washington, D.C. was where I would practice law after graduation, and this job in New York threw a wrench in my plans. The legal economy then, in the spring of 2011, was as tough as it is now. In light of that fact, I took the best job that I could get and accepted the USAO’s offer.

At the beginning of the summer, I moved all of my suits and summer clothes to a small studio in midtown east on 45th & Lexington. I arrived on a Sunday, and my first day with the USAO was the following week. In my eight days of downtime, I decided to explore New York City.

At first I didn’t really feel a need to take myself on a walking tour of a city that I already knew very well.  My mother is from Brooklyn, and I’ve been visiting my family members there and in the Bronx forever.  Additionally, friends from college and high school had all settled there.  I’d spent many drunken weekends causing a scene on side streets of the Lower East Side and Greenwich Village, but always as the annoying weekend visitor.  Now, as a resident, I felt I owed myself a different city experience.

And experience the city I did.  I walked across town via 45th Street from Lexington to 8th Avenue, and then I walked down 8th Avenue to 12th street before making my way back East.  In between, I probably said “I’ve got to check this place out,” over one hundred times.  That’s the thing about New York: it’s a city begging to be explored.  I spent three months exploring its sights and sounds, and I was hooked.  I knew that after law school I wanted to move there.

I took steps to further that goal.  During my 2L summer, I worked there again, this time in a different government office but one that furthered the legal goals I endeavored to achieve. Finally, in the first semester of my 3L year, through channels of networking and “people who know people who know people,” I was offered a full-time position with a small company.

“This,” I thought, “is it.”  I had my dream job in my dream city, which I knew I’d earned after the three-year circus of indignities that is law school.  I don’t need to get in to the specifics here, but it didn’t work out.  The job fell through, and I immediately redoubled my efforts to get back to New York.  I applied for countless jobs (chronicled here…it’s depressing) and nothing.

In the mean time, I took up side jobs of both the legal and non-legal varieties.  I was fortunate enough to find this blog, and I began to volunteer with a legal organization.  I was also a host at a restaurant and did temp work.  I went on a ton of interviews, but the “perfect New York City” job consistently evaded me.

And then the unthinkable happened.  A close friend referred me to an open position in D.C., and I was offered an interview.  I prepared for the interview, and it went really well.

And then they offered me the job.

The job I was offered is not a job that one declines.  After discussing my options with my parents and a few friends, I decided to accept the position.  My acceptance effectively derails my New York City dreams for the foreseeable future.  Initially I didn’t want to end my pursuit of a big city job, but I considered both the economy and the markets in which I looked for work, and both are difficult.  It would have been much more imprudent to turn down a position and assume that another one is going to come.

And so, in October 2013, I made the same decision that I made in February 2011.  Accept the best job that comes to you, even if it’s in a city that you weren’t planning to live, and make it work.

To everybody out there with a J.D. and a dream: the job is coming!  As Ted Kennedy said, “the dream will never die.”  He was obviously talking about searching for work in a down legal economy, right?

As always, all .gifs provided by T. Kyle MacMahon of RealityTVGifs!