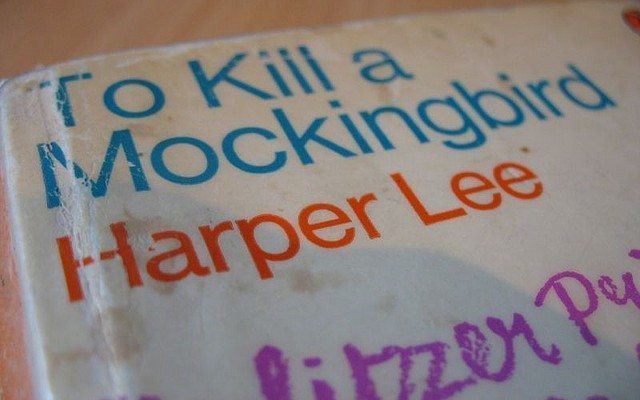 This week, the white fiction world has been up in arms about Harper Lee’s portrayal of fictional, white lawyer Atticus Finch as explicitly racist in her long-awaited second book, “Go Set a Watchman.”

This second book shows Atticus — hero of Lee’s 1960 classic “To Kill a Mockingbird,” in which he defended Tom Robinson, a Black man who was falsely accused of raping a white woman–referring to Black people as  “still [being] in their childhood as a people.” “Go Set a Watchman” also reveals that Atticus once attended a KKK meeting.

Mainstream (read: white-dominated) audiences are apparently stunned by this “new shocker.” But the thing is, Atticus’s racism really isn’t shocking at all.

“Go Set a Watchman” does not reveal anything that an anti-white supremacist reading of “To Kill a Mockingbird” wouldn’t have revealed: Atticus Finch, even when being hailed by generations of English teachers and study guides as preaching anti-racism, was always, in fact, racist.

Even the very words out of Atticus’s mouth in the 1960 publication mirror his words now: while in “Go Set a Watchman,” he calls Black people children (carrying on an infantilizing and violently imperialist legacy of rhetoric), his rhetoric is just as racist–if slightly more subtly–in “To Kill a Mockingbird.”

In a passage that is widely cited as proof of Atticus’s anti-racism, he explains to Scout that “baby, it’s never an insult to be called what somebody thinks is a bad name. It just shows you how poor that person is, it doesn’t hurt you.” He is referring, here, to being called an “n-word lover.”

It doesn’t hurt you.

Because Atticus trying to preach anti-racism to Scout is actually profoundly racist: to minimize the power of words–words that can lead to a lynching and that can lead to teenage Black bodies being left in the streets for hours after being murdered by white cops–is to minimize the power behind words. Because some words–like the n-word and like “n-word lover”–are backed by powerful, violent institutions of white supremacy, and this power makes these words lethal.

To ignore that in his explanation to Scout is to ignore the fact that racism is not individual. It is not personal. It is institutional, and it is deadly. His lack of understanding of this demonstrates quite clearly his casual racism–racism that may not be, granted, intentional–but this casual, colorblind-esque racism is perhaps most dangerous of all. Because we don’t recognize it. Sometimes, we even valorize it.

“To Kill a Mockingbird” is widely valorized as a “progressive’ book. And this is the larger problem with the book and with Atticus’s character and racism–Atticus was always positioned as a white savior.

Justice, in “To Kill a Mockingbird,” always had a white face.

Black people needed, in this book, to be saved by the just, progressive white man. How is it surprising, then, that in this newer iteration, Atticus is explicit about his understanding of Black people as being “in their childhood”? That belief is exactly what he acted out when he served as the white savior in “To Kill a Mockingbird.”

It says more about us than it does about these books that we are so damn surprised.

Jennifer Polish
Jennifer Polish is an English PhD student at the CUNY Graduate Center in NYC, where she studies non/human animals and the racialization of dis/ability in young adult literature. When she’s not yelling at the computer because Netflix is loading too slowly, she is editing her novel, doing activist-y things, running, or giving the computer a break and yelling at books instead. Contact Jennifer at staff@LawStreetMedia.com.
Share:
Related ItemsAtticus FinchCrime in AmericaEducationGo Set a WatchmanPoliticsRacismTo Kill a MockingbirdWhite Savior ComplexWhite Supremacy