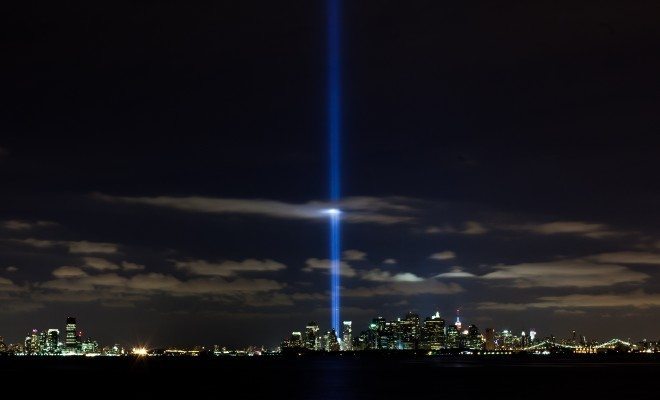 9/11 Never Forget? Not Exactly For These GW Students

Thirteen years ago yesterday our country was shaken to the core. I was sixteen, skipping school and watching some awful show on television when the program was interrupted by the news reporting on the first airplane hitting the Twin Towers in New York City. Not even 20 minutes later, as the news anchors were still reporting on the crash, we all watched as another plane crashed into the second tower. It was live TV and there was no controlling what the viewers were going to see. The confusion and horror coming from the news anchors was something I could never forget. My brother and I sat in silence not knowing what to do, what to think, or what was going to happen next. Parents pulled their kids out of school and I remember this feeling of urgency in the air and the uneasiness of what could possibly happen next. Thousands of people had just lost their lives and the country witnessed it. There were no answers, only questions of why and what will happen next.

Every year we remember that horrendous day. It was a constant fear for the first year or two, but also a great feeling that our country had come together and we had heroes to thank daily. Budweiser aired a commercial during Superbowl XXXVI that really demonstrated the somber tone and respect the entire country had for the events of September 11, 2001. The ad was only shown once to ensure they did not profit from it in any way. Even today, 13 years later, it is the most moving dedication done in such a small amount of time.

Yesterday was a somber day for us all. Most news outlets covered the anniversary in addition to current events. While watching one of the programs I had to do a quick rewind to make sure I was hearing it correctly. Young America’s Foundation had gone to the George Washington University campus in Washington, DC last Friday, September 5, to interview students about the anniversary of September 11. YAF only had a few questions to ask these students:

The responses from these kids are just mind blowing…

So the total results:

The kid interviewed two minutes in genuinely reacts like he had no idea what had been going on and it clearly upset him, which is great but frustrating. Actually this whole situation is frustrating. How is it that college students in their late teens and early twenties know more about pop culture and the ridiculousness of a nude picture hacking scandal than they do about current events and the death of two Americans at the hands of terrorists? This is not only the responsibility of these young adults to know what’s going on but it is the responsibility of teachers, parents, and our society as a whole.

There are already so many issues with what kids are learning in the classroom today that this should not surprise me, but it honestly does. How is this possible? When I was growing up my parents and grandparents talked to me about Pearl Harbor and the significance of that date. We may have brushed through it in history class but it is a day that I remember because it was an important part of history. My grandparents even lost friends and family members during the attack on Pearl Harbor and World War II. The same could be said about 9/11 and the Iraq War that followed. Hell, there are even movies about the two events. While there have been about seven movies made about the Pearl Harbor attacks, nearly 20 have been produced about 9/11.

What has become of our younger generation? Things need to change or our society will become Idiocracy.

This video is a great representation of what is going on in our culture and it needs to stop. We need our children to be better and smarter and more informed. We are not only disappointing our parents and grandparents, but we are disappointing our country, our culture, the world, and our Founding Fathers! Flabbergasted.

I don’t want to end this post on a note of frustration for our society. Instead I want to share a moving video about the last surviving search and rescue dog who returned to Ground Zero yesterday, a place she had not been to since 2001.

Visit NBCNews.com for breaking news, world news, and news about the economy