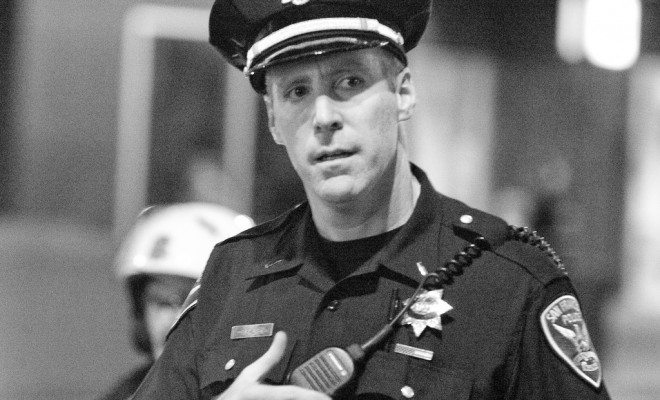 When New Orleans Superintendent of Police Ronal Serpas took office four years ago, he was faced with high crime rates, a depressingly low department approval rate, and a long history of police corruption and brutality. While lowering crime rates and rebuilding trust take time, his solution to corruption allegations and brutality has been relatively simple — require patrol officers to wear body cameras.

The New Orleans Police Department (NOPD) has been through several scandals, but none as severe as the Danziger Bridge incident, in which police officers shot, killed, and maimed innocent, unarmed citizens then tried to cover it up. The incident took place just six days after Hurricane Katrina and took the lives of a mentally impaired man as well as a 19 year old. It also spurred a Department of Justice investigation that resulted in a long-awaited consent decree, which imposed sweeping reforms on the NOPD.

One product of the consent decree is the requirement of patrol officers to wear body cameras in an effort to regain trust and ensure transparency and accountability in the future. Hailing this as the next step in American policing, Serpas has high hopes that the cameras will be well worth the $1.45 million investment. He believes that they are the best way to eliminate the “he-said-she-said” problem once and for all.

The 420 cameras purchased by the NOPD are required to be used by patrol officers whenever they are attending a “business-related event,” including traffic stops and responding to calls. The officers are encouraged to consult their videos before preparing a report and must attend a three-hour training session to learn how to use the devices.

The New Orleans Police Department is not alone in its use of body cameras; more and more police departments across the nation are beginning to require officers to wear cameras on duty. Police Foundation Executive Fellow Chief Tony Farrar recently completed a year-long study evaluating the effect that body cameras have on police use-of-force. He found the cameras to be associated with “dramatic reductions in use-of-force and complaints against officers.”

These cameras are especially appealing to troubled police departments such as the NOPD, currently facing federal scrutiny. Although Superintendent Serpas claims the cameras are a “win-win” for all parties involved due to the creation of an irrefutable record of what happened, there is the fear that the videos may just be for the benefit for the police.

Samuel Walker, emeritus professor of criminal justice at the University of Nebraska at Omaha, cautions against the practice of letting officers watch their own videos before writing reports. He argues that if an officer is planning to lie, the videos serve as a “good guide” to what he can get away with.

Another issue is the matter of who gets to view the videos and whether or not they are a matter of public record. While Serpas told NPR that he will hire whatever additional staff is necessary to handle public requests for the videos, he concedes that public record laws have “exceptions to releasing information, and there are directions about which information to release.”

A police department monopoly of the videos does little to curb the problem of false or misleading reports. If the public does not have access to the videos then, short of legal action, they still have little more than blind faith to ensure that officers are being truthful when they state that something was or was not recorded on the tapes.

Conspiracy theories aside, the NOPD seems to genuinely want the public to be aware of the cameras, going as far as having officers demonstrate the technology to random citizens. The point behind installing the cameras is to foster public trust, something that the department can only do by proving to the community that they have turned a new leaf.

The cameras fit over the officers’ ears and therefore allow the viewer to see everything that the police officer sees. This is naturally meant to inspire trust by deterring officers from filing false reports – what is the point of lying if you know that what you have done is caught on film? – but ironically enough it seems that the cameras may be doing more to curb the behavior of the people being filmed rather than the officers themselves.

For example, Lt. Travis St. Pierre told NPR that “they always have this one individual that they would go on calls and service for that likes to be disruptive, curse at the police, fight with the police, and when they got out and turned the camera on and informed her she was being recorded, she immediately said, ‘Ah. OK,’ and was not a problem at all. We’re seeing a lot of that kind of stuff.”

More polite citizens aren’t necessarily a bad thing, but stifling complaints or disagreements is not necessarily good either. As the NOPD’s bleak track record has shown, the police are not always right and they do not always act with citizens’ best interests in mind. Being able to freely voice your opinions and complaints — no matter how disruptive they may be — is just as important as officers not falsifying reports. As the use of cameras continues to expand in New Orleans and several other jurisdictions, it will be interesting to see how effective it is, and who actually benefits from the tactic.

Nicole Roberts (@NicoleR5901) a student at American University majoring in Justice, Law, and Society with a minor in Mandarin Chinese. She has a strong interest in law and policymaking, and is active in homeless rights advocacy as well as several other social justice movements. Contact Nicole at staff@LawStreetMedia.com.

Nicole Roberts
Nicole Roberts a student at American University majoring in Justice, Law, and Society with a minor in Mandarin Chinese. She has a strong interest in law and policymaking, and is active in homeless rights advocacy as well as several other social justice movements. Contact Nicole at staff@LawStreetMedia.com.
Share:
Related ItemsAccountabilityCamerasDepartment of JusticeDOJFalsify DocumentsHurricane KatrinaJusticeNew OrleansNOPDPolicePolice CamerasSurveillanceTechnology