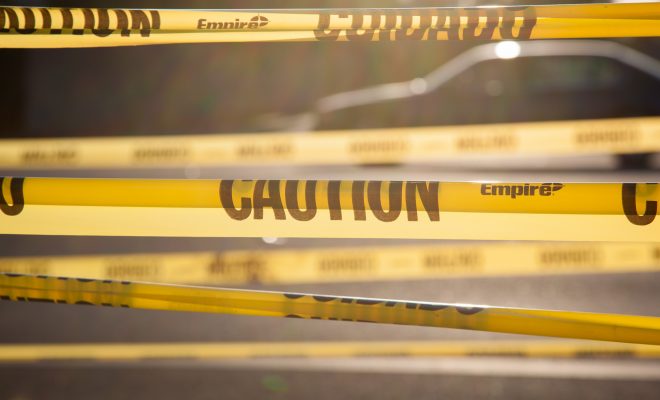 Police: Texas Teenager Fabricated Story that She Was Raped by Three Black Men

A Texas teenager who ran into a church earlier this month, claiming she had been abducted and sexually assaulted by three black men, has admitted that she made the story up. Breana Harmon Talbott made headlines with her story, and many white nationalists took the opportunity to blame the alleged perpetrators’ race for the crime. Far right groups on Reddit, social media, and neo-Nazi website The Daily Stormer picked the story up. Many complained about the lack of media coverage and claimed that if the races had been reversed, it would be all over the national news. But now, the story has proven to be a hoax.

When Talbott entered the church on March 8 she was bleeding from cuts and scratches on her body, which she later admitted were self-inflicted. A rape kit from the investigation came back negative, meaning that there was no physical evidence of rape. On Wednesday, police announced that Talbott’s allegations were unfounded. “Talbott’s hoax was also insulting to our community and especially offensive to the African-American community due to her description of the so-called suspects in her hoax,” a statement on Facebook read. It also said the department would file a criminal case against Talbott for “False Report to a Peace Officer, a Class B Misdemeanor.” Talbott also admitted that she had fabricated the story.

Breana Talbott of Denison accused of staging kidnapping, making up story of being raped near church: #Denisonpolicehttps://t.co/Vm3UlUyUDI pic.twitter.com/7qtvJ0mMFX

The news caused shock and outrage in the community. Talbott’s friends had even created a GoFundMe to replace her jewelry that she claimed was stolen. Her then-fiancé was the one who called the police when she “went missing” about three hours before she reappeared. He had no idea she made the whole thing up and they have since separated. Denison Police Chief Jay Burch said that even though everyone was relieved the attack never happened, “there could be permanent damage as a result–a damage of relationships within our community, damage to the reputation of our community.”

The topic of false allegations when it comes to rape and sexual assault is incredibly sensitive. According to Slate, a commonly cited estimate is that only about 2 percent of rape reports are false. And women had to fight for a long time to gain the respect and the rights we have today. For a long time it wasn’t considered rape if a man forced himself upon his spouse, and that didn’t change until 1979 with the first conviction of spousal rape in the U.S. Still, victims of sexual abuse are often not taken seriously and so many have to fight to get a proper investigation. Cases like Talbott’s make it even more damaging when people make false accusations, because they’re used as justification to not trust other survivors.

Unfortunately, Talbott’s case received even more attention because she claimed that the made-up offenders were black. This played right into the hands of far right extremists who immediately used the story to push their own agenda. According to a recent study, black people are more likely to be wrongfully convicted than white people, and are also more likely to spend a long time imprisoned before being exonerated. False accusations will undermine the credibility of real victims, but they also contribute to a false image of who commits crimes. While the police figured out what had really happened before anyone was arrested or charged, wrongful convictions are always a problematic possibility.

Emma Von Zeipel
Emma Von Zeipel is a staff writer at Law Street Media. She is originally from one of the islands of Stockholm, Sweden. After working for Democratic Voice of Burma in Thailand, she ended up in New York City. She has a BA in journalism from Stockholm University and is passionate about human rights, good books, horses, and European chocolate. Contact Emma at EVonZeipel@LawStreetMedia.com.
Share:
Related ItemsBreana Harmon TalbottDenisonFalse ClaimsFalse ReportFar-RightHoaxRapeSexual AssaultTexas