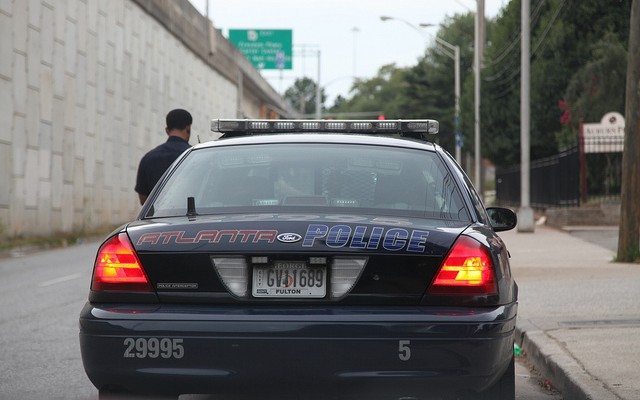 Stockton and Atlanta Drop Out of Most Dangerous Cities Top 10

The FBI’s recent crime statistics reveal a notable downward trend in violent crime across the United States. While most cities’s crime rates have followed suit, Stockton, California and Atlanta are two standouts that showed significant drops in violent crime. According to the FBI, Atlanta’s violent crime decreased by more than 11 percent last year, and in Stockton that decrease was nearly 22 percent.

Last year, Stockton and Atlanta had two of the highest violent crime rates per 100,000 people in the country, ranking fifth and ninth on Law Street’s list of Most Dangerous Cities Over 200,000. But when the FBI released the most recent data, both cities dropped out of the list of Top 10 Most Dangerous Cities. This begs the question: how did these cities manage to decrease their crime levels well beyond the national average?

In 2012, the city of Stockton filed the largest municipal bankruptcy in history, prior to Detroit’s filing in 2013. In the years leading up to its filing, Stockton implemented steep budget cuts to try and get its financial house in order. The police department faced some of the largest cuts, which led to a significant drop in the number of officers on the beat. In 2008, the department budgeted for 441 officers, but by 2012 the total number fell to 331. That year, the violent crime rate reached an 18-year high, with 1,547 violent crimes per 100,000 people. The department’s decreasing budget and growing pension concerns among officers made it difficult both to hire new officers and to retain existing ones.

The chart below shows the change in Stockton’s violent crime rate by category.


The decrease last year brought Stockton’s violent crime rate to the lowest level that the city has seen since 1999. The primary focus of the Stockton Police Department has been to crack down on gangs and illegal guns while helping prevent youth from turning to crime and violence. An important aspect of the police department’s goal is the use of Operation Ceasefire, which reaches out to at-risk youth to prevent gun violence and provide alternatives to joining gangs. Last year Stockton began implementing the “Marshall Plan” for reducing crime, which is a community-wide effort. Eric Jones, Stockton’s Chief of Police, wants the city to prioritize gun violence in order to reduce crime. Jones told KCRA Sacramento, “First and foremost my focus is on guns and gangs, and the Ceasefire model, which is the stop the violence model, I think is extremely important.”

Stockton also reached a significant milestone in its number of police officers last year, as expanding its police force remains a key goal for the city. When the city hired its 346th police officer, the department became eligible for a federal cops grant that will fund the addition of 17 more officers.

Although preliminary statistics indicate that 2014 will have higher crime levels than last year, it will likely remain well below the peak in 2012. As the Stockton police force begins to stabilize after years of budget cuts, things may finally be looking up for the city and its violent crime rate.

The violent crime rate in Atlanta decreased for the second year in a row according to the most recent FBI statistics. A 16.6 percent decrease in the number of aggravated assaults was the largest driver of last year’s improvement. Atlanta’s recent violent crime reductions accompany an 18 percent decline in total crime since 2009, which fits into an even larger trend since the early 90s.

The chart below shows how Atlanta’s violent crime rate decreased over time.


Recent improvements to Atlanta’s police force and crime prevention methods may help continue the city’s downward trend in the future. Last year, the Atlanta police department reached a longstanding milestone of hiring 2,000 police officers. In 1977 Bill Campbell, the mayor at the time, announced the goal of “2,000 by 2000,” and it has since been an objective for all subsequent mayors.

Atlanta’s police department has also been making notable changes in the way it uses technology. From the addition of 1,400 surveillance cameras to the use of new crime statistics software, the police department has been working to improve the way it fights crime. One of the most notable improvements has been the use of“PredPol” software, which predicts areas where crimes are likely to occur next. The police department began testing the new program on two zones last summer, and after the results were deemed successful department-wide implementation began in November 2013. Mayor Kasim Reed praised the new program in a Wall Street Journal op-ed. He noted Atlanta’s recent success in decreasing violent crime and argued, “In the future, police will perfect the use of predictive analytics to thwart crimes before they occur.”