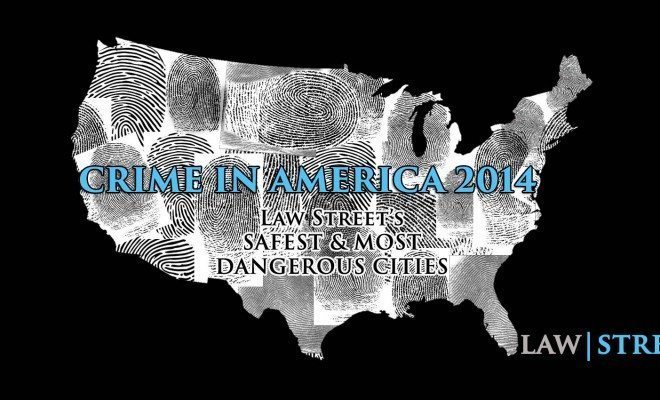 The FBI has long been criticized on this topic. For years, the Bureau used an archaic definition of rape, stating it was “the carnal knowledge of a female, forcibly and against her will.” Obviously that excludes a large number of various sexual-based offenses, and gives a false impression of the sexual assault that happens in the United States. After intense lobbying and criticism, the FBI made moves to amend this definition. Now it reads, “the penetration, no matter how slight, of the vagina or anus with any body part or object, or oral penetration by a sex organ of another person, without the consent of the victim.” This definition went into effect in on January 1, 2013, and given that the data being released this week is from January through June 2013, this is the first time we’ll see the impact of the new definition.

I use “see” as a very subjective term though, because I honestly don’t have a prediction for how this may or may not change the rape statistics we see in the Uniform Crime Report. Common sense would indicate that there would be an uptick in reported rapes, given that the definition is now more inclusive. That being said, rape is such a difficult and sensitive issue that it’s long been predicted that rapes are underreported partly because of FBI statistics, but possibly even more because of societal pressures and victim shaming. A study by the National Research Council during the winter of 2013 reported that rape statistics are so bad and inaccurate in the United States because of a combination of bad definitions (such as the FBI’s old definition) but also because of underreporting. This definition will certainly tackle one of those problems, but sexual assault incidents that aren’t brought to the police obviously will still not be included in the statistics.

There will also probably be a few years of mixed data as agencies work to implement this definition. The Uniform Crime Report and FBI data is somewhat constrained by the states, and inconsistencies abound. For example, if you look through our 2012 crime rankings, the city of Chicago is excluded because of its  different reporting practices. The new definition of rape is no exception — it will presumably be inconsistent at the state level for at least a couple years. Some of the inconsistencies will indubitably stem from the fact that there are currently two different ways that states report crimes to the FBI. Some use a summary-like method that is pretty basic. It allows a state to give an amalgamation of the crimes reported. However, fourteen states use the National Incident Based Reporting System (NIBRS) which allows for significantly more specific reporting. Another 21 states submit data partially to the NIBRS. The NIBRS already was using a more updated version of rape, so that data will now be able to be used fully in the Uniform Crime Report. As for states that report via the summary system, they are given some time to implement rape reporting under the new definition. This all sounds very complicated, and in a lot of ways it is. While the FBI is definitely moving in the right direction with this, I’m predicting a few years of confusion and inconsistencies as the process of reporting rape and sexual crimes becomes more centralized.

Before the Uniform Crime Report statistics come out, some states or cities do release their individual findings. In the few that I have found, whether rape will increase because of this definition seems inconclusive. In Rochester, NY, reported rapes fell slightly. However, there’s no telling whether that is based on the fact that Rochester, NY has always reported their rape statistics based on their definition, and then the UCR edited them to only reflect the old FBI definition, or whether the change in definition really didn’t have an effect.

Therein lies the larger problem. We can talk about getting accurate statistics all we like, but quite frankly, the way that the state governments and Federal government handle rape reporting is messy at best. I can assure you that the statistics reported within this new definition will be better, but they still won’t be good enough or truly reflective of the problem. Until we really do have a unified effort to figure out how, when, and why sexual crimes occur, the rape statistics should be taken with a grain of salt.

Anneliese Mahoney
Anneliese Mahoney is Managing Editor at Law Street and a Connecticut transplant to Washington D.C. She has a Bachelor’s degree in International Affairs from the George Washington University, and a passion for law, politics, and social issues. Contact Anneliese at amahoney@LawStreetMedia.com.
Share:
Related ItemsFBINational Research CouncilNIBRSRapeSexual AssaultSexual CrimesUCRUniform Crime Report