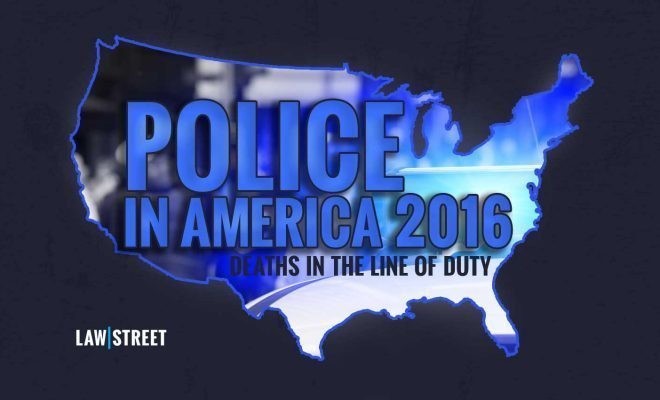 Law Street Media’s Police in America coverage takes a look at statistics on law enforcement officers in the U.S. As the conversations around police policies, use of force, and police deaths feature prominently in public discourse, Law Street strives to provide the most up-to-date facts, numbers, and coverage of Police in America.

Officer Deaths by the Numbers

What We Know About Officer Deaths in the Line of Duty

When Does Racial Bias Affect Police Officers’ Use of Force?

Kevin Rizzo
Kevin Rizzo is the Crime in America Editor at Law Street Media. An Ohio Native, the George Washington University graduate is a founding member of the company. Contact Kevin at krizzo@LawStreetMedia.com.
Share:
Related ItemsFBIFBI StatisticsLaw Enforcement Killed and Assaulted in the Line of DutyLEOKAPolice In America