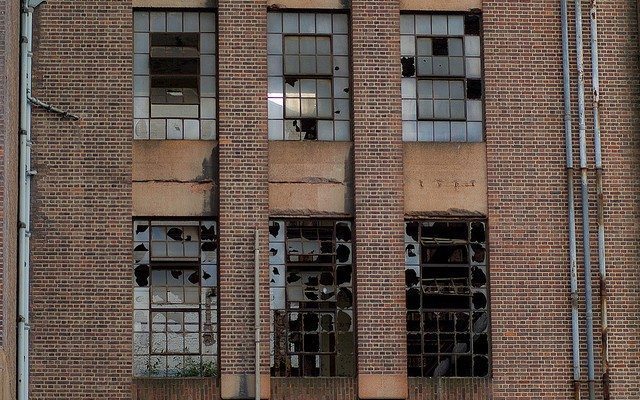 A recent slowdown by New York Police Department officers has ignited a debate over what the role of police officers should be and to what extent policing should focus on minor crimes.

There were just 1,191 parking summonses handed out between Dec. 29 and Jan. 4 — down nearly 93 percent from the same period last year, when 16,008 of the dreaded orange envelopes were slapped on windshields

The NYPD slowdown involved a nearly complete abandonment of enforcement for low-level crimes like parking tickets and public order offenses. While slowdowns can have many different causes, it appears that the recent one in New York is a result of the rising tension between police officers and Mayor Bill de Blasio.

The New York Post also reported that the slowdown will cost the city roughly $10 million per week in lost ticket revenue. Doug Turetsky, of New York’s Independent Budget Office, put that number in context by comparing it to the city’s $77 billion annual budget; however, if losses continued over a long period of time the effects would be notable.

The Associated Press further noted that only one arrest was made and zero tickets were issued for low-level offenses on New Years Eve, a day when roughly one million people flock to the city. Despite this dramatic decrease in enforcement, there was actually a modest decrease in the number of reported serious crimes over a two-week period when compared to the same time span one year earlier.

Recent activity suggests that the NYPD slowdown is coming to an end and may have even stopped completely. Commissioner Bratton threatened to take away sick days and vacation time until ticket and arrest numbers returned to normal levels. While the slowdown may be over, it renewed the debate over the underlying policing theory present in many American cities.

Although the NYPD slowdown can have important implications for the NYPD and New York City, it has also called the Broken Windows style of policing into question. Behind the Broken Windows theory is the idea that disorder leads to both fear and more crime. The theory was first established by professors George L. Kelling and George Q. Wilson in an article they wrote back in 1982. They argued that the proactive enforcement of laws pertaining to lower level and often very visible crimes, like breaking windows, will restore order to public places and prevent additional crimes.

Put in their words:

The unchecked panhandler is, in effect, the first broken window. Muggers and robbers, whether opportunistic or professional, believe they reduce their chances of being caught or even identified if they operate on streets where potential victims are already intimidated by prevailing conditions. If the neighborhood cannot keep a bothersome panhandler from annoying passersby, the thief may reason, it is even less likely to call the police to identify a potential mugger or to interfere if the mugging actually takes place.

New York City was actually a primary testing ground for the Broken Windows style of policing. The strategy came to New York in 1993 under the tenure of Commissioner Bill Bratton, first  appointed by Mayor Rudy Giuliani. Bratton later returned to New York to once again act as Commissioner under de Blasio in 2014. Broken Windows is frequently attributed to the city’s dramatic decline in crime during the 1990s.

Kelling stands with his theory in light of the recent debate. In an interview with the New York Daily News he argued that while it is unlikely that one week-long slowdown will have a meaningful impact on crime numbers, he did caution about long-term effects. Kelling continued to argue that maintaining order will meaningfully constrain the crime levels in the city, but also acknowledged that the maintenance of order is not intended to punish people. Kelling argued that the underlying principle of Broken Windows remains strong, but policing methods may still be updated to fit the present circumstances.

Between 1990 and 2012 New York City’s violent crime rate per 100,000 people has decreased by nearly 75 percent and the total number of murders went from 2,245 in 1990 to 335 in 2013. While most cities in the United States experienced significant decreases in their violent crime rates since the 1990s as well, New York has far outpaced the national average and has continued that downward trend in recent years.

Before you ask, there was also a decrease in the actual number of broken windows over the past several years (and yes, there is data on that).

Although it is impossible to determine whether or not Broken Windows policing caused this decrease–many factors typically impact a city’s crime level–it is likely that policing played a role. Despite this correlation, many are calling for the end to Broken Windows as a modern policing philosophy. It has long been criticized for its effects on minorities, which tend to be the target of many ‘order-related’ arrests, but the recent death of the unarmed Eric Gardner at the hands of the NYPD has sparked further protest.

While it is unfair to claim that Broken Windows policing caused the death of Eric Gardner, such a policing strategy will increase the number of times minorities are stopped by the police. Arresting people for committing crimes like selling loose cigarettes, the act which precipitated Gardner’s encounter with police officers, will simply increase the likelihood that altercations occur in the future.

Supporters of Broken Windows argue that it is not the underlying theory that causes tragedies like Gardner’s death, but rather it is the training and tactics that officers employ that lead to abuse. As a result, people call for police reforms that would improve tactics and training; however, evidence may also suggest that police reform may not adequately address problem. Last summer the NYPD ended its controversial stop-and-frisk policy due to complaints that it disproportionately violated the rights of the poor and minority populations, yet problems persist.

Despite the removal of stop-and-frisk as an important policing tactic, situations Gardner’s encounter with the police still occur and continue to disproportionately affect minorities. The Broken Windows theory sought to reduce public fear by bringing order to public places; however, it has also helped create a different kind of fear among minority populations, which is developing into increasingly more hostile attitudes toward the police. In a series of polls asking people whether or not they believe the police treat blacks and whites equally, a significant gap between white and black perception emerges. The most recent poll suggests that a majority (52 percent) of white respondents have a “great deal of confidence” that both races are treated equally; among black respondents that number dipped to just 12 percent.

Distrust and fear toward the police has led to hostile interactions between minority populations and law enforcement officers. Supporters of the Broken Windows theory of policing may be right when they argue that enforcing order can reduce crime rates and fear among the general public; however, attention must also be paid to the additional implications that aggressive policing of low-level crimes may have.

What is the role of Broken Windows policing when many of the broken windows have been fixed? Crime in New York City has experienced massive declines over the last two-and-a-half decades, and according to its crime statistics is now a pretty safe city relative to its population size. Creating order may serve an important role in reducing crime, but when crime has already decreased by such an extent should it be enforced as aggressively as it was in the 1990s?