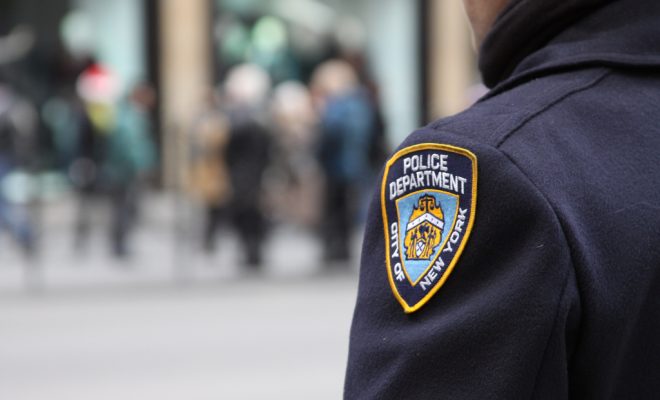 The NYPD’s New Plan to Measure Community Safety: Will it Work?

After becoming the first police force to develop its own crime tracking system back in the 1990’s, the New York Police Department has decided to pioneer a new way to measure public safety: asking New Yorkers how they think the police are doing in real-time. While seeking feedback from the public is hardly a new idea, the new system developed by the NYPD employs new technology to get up-to-the-minute insights.

The NYPD’s new sentiment meter works much the same way that traditional polling does, except it will provide live data at a hyper-local level. With the same technology used by online advertisers, the NYPD will ask people to rate their trust, sense of safety, and approval of the local police. Working with a consulting company, the department will identify individuals by their location and ask them a short series of questions with online surveys targeted like commercial ads. The way it’s administered will allow the NYPD to constantly bring in new information about its performance in each neighborhood.

Since the implementation of CompStat–the department’s management and crime tracking system–in 1994, the NYPD has relied on crime statistics as one of its primary measures of success, contributing to a dramatic reduction in crime over several decades. Here’s a look at how the city’s violent crime rate per 100,000 residents has changed since the mid-1980’s and how that compares to cities with populations over 250,000 and the U.S. as a whole:

To see more of New York’s crime data or to see how other large cities compare, check out Law Street’s interactive dashboard.

While the NYPD has undoubtedly played a role in lowering the city’s violent crime rate, the department’s relationship with the community has frequently been strained. In many minority communities across the country, trust in the police has plummeted following high-profile deaths at the hands of law enforcement. And in New York, the death of Eric Gardner–who died from being placed in a chokehold by a police officer after he was confronted for selling cigarettes on the street–sparked protests across the city after a video of the incident went viral.

With the new system, which Police Commissioner James O’Neill has started calling the “sentiment meter,” the NYPD seeks to understand how people view the local police force and how those perceptions vary throughout the city’s 77 precincts. New technology will allow the department to monitor how New York residents rate its performance by surveying a larger sample, with more frequency than ever before. Much like how the CompStat system allowed the NYPD to identify hot spots–areas where crime was particularly prevalent–data from the sentiment meter will allow local commanders find neighborhoods with low trust in the police. This will allow them to create and evaluate new strategies to both reduce crime and improve public relations.

John Linder, who worked as a consultant to help the NYPD develop the system, outlined the department’s goals in an interview with the Marshall Project in January:

If we can find a way to give the commanders of the NYPD real time data on what people feel, then police brass can tailor strategies and tactics in response. It can give them more than just crime statistics, police activity (arrests, summonses, stop-question-frisks, case closures by detectives) to guide what they do and don’t do. That’s what O’Neill has told us to deliver.

While the department is hopeful that the new data will help resolve longstanding issues with the community, some still question whether the new data will be as useful as the NYPD suggests. Johnetta Elzie, founder of Campaign Zero–an advocacy group devoted to ending police violence–asked, “Who feels safe to even reply back? And who, in the marginalized community, is going to trust the police and send an honest answer back?” in an interview with the New York Times.

As crime rates in cities across the country have fallen over the past several decades, the key to reducing crime even further may be improving police-public relations. While it may take some time before the new system yields results for the NYPD, placing this level of emphasis on how the actions of police officers affect the many communities they serve is certainly a step in the right direction.