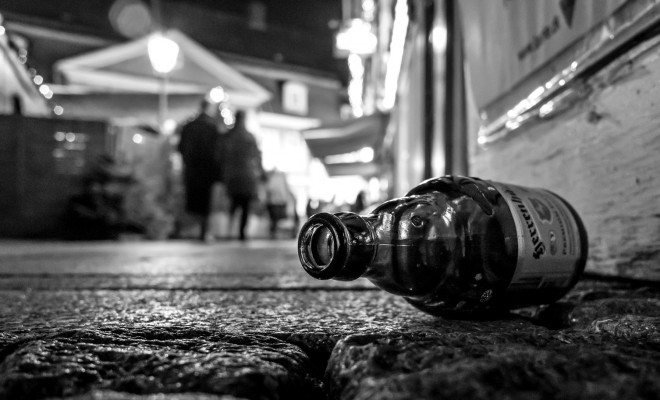 Do you live in Manhattan? Do you enjoy littering, drinking on the street, or peeing in public, or even doing all three things at the same time? Well if so, I have some very good news for you: the NYPD will no longer arrest you for such minor infractions. But this isn’t just good news for you drunken, littering, peeing partygoers out there–it’s a sign that the NYPD is starting to move away from the theory of “broken windows policing” that has for so long characterized the city’s policies.

“Broken windows policing” is at its essence, a simple theory. Criminologist George Kelling and social scientist James Wilson first posited the idea in the 1980s, and it essentially suggests that if one window in a building is broken and no one does anything about it, the other windows will soon be broken. So in policing, if there are little crimes, like public drinking and urination and those aren’t handled, bigger crimes will flourish.

But in practice, broken windows policing has led to a lot of arrests for these low-level crimes, particularly for minorities. Small crimes like public drinking end up racking up arrest records particularly for minority men, making it more difficult for them to find jobs. They can also have tragic consequences–Eric Garner was arrested for seemingly minor crime of selling cigarettes, and was killed in the process.

These arrests also carry a high price tag for the city, and backlog the already-crowded criminal justice system. It’s estimated that this change in policy will remove 10,000 cases from the court dockets each year.

This change in policy doesn’t mean that drinking or urinating in public are suddenly legal. But instead of arresting people who are caught violating the law, the NYPD in Manhattan will give the offender a summons, he will show up to court and appear before a judge, and then a judge can decide whether or not to give him a penalty like a fine.

This obviously doesn’t solve all of the problems with policing in New York City. The way in which even this new policy–handing out summons instead of arrests–is applied could still be prone to racial bias. Additionally, these new policies also only apply to Manhattan. As Police Reform Organizing Project Director Robert Gangi points out, there’s still a lot more work to be done:

If in Manhattan that practice stops, that is a good thing, and that is a positive step toward curtailing one of the current abusive NYPD practices. Now, highly problematic is that apparently this change—relatively modest change—will only take place in Manhattan…this will result in a significant discrepancy in practice, where if you’re caught for a second time being in the park after dark in Brooklyn, the police can arrest you.

The new policy will take take affect on March 7, and is hopefully a sign of an overall move away from broken windows policing to come.

Anneliese Mahoney
Anneliese Mahoney is Managing Editor at Law Street and a Connecticut transplant to Washington D.C. She has a Bachelor’s degree in International Affairs from the George Washington University, and a passion for law, politics, and social issues. Contact Anneliese at amahoney@LawStreetMedia.com.
Share:
Related ItemsBroken Window PolicingManhattanMinor CrimesNew York CityNYPD