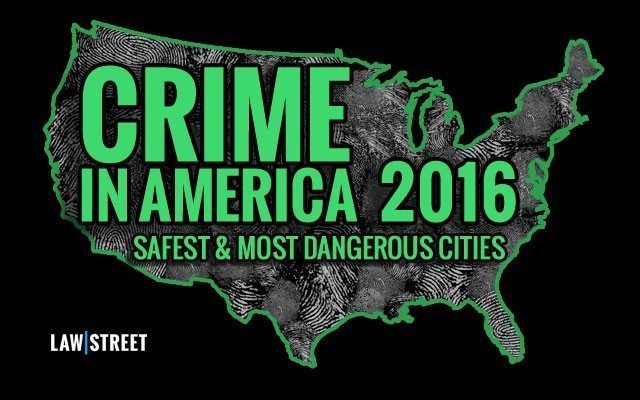 Law Street’s annual Crime in America Rankings take an in-depth look at crime rates and important crime statistics for major cities across the country. The following infographic gives a visual summary of the report’s highlights and major findings:

There are some important exceptions to those trends. For example, Stockton, California has one police officer for every 807 citizens, which is notably higher than other cities on the Most Dangerous Cities list. Stockton ranks in the top 20 in terms of its officer to population ratio but makes the top 10 list of dangerous cities. A likely explanation for this case is the fact that Stockton recently went through bankruptcy, which caused cutbacks in many government offices. This case may be an example of an understaffed and underresourced police department that, among other things, contributes to an above average crime rate.

Law Street’s analysis of the FBI’s half year data for 2015 shows how crime rates changed from January to June compared the year prior. The graph at the bottom of the infographic depicts the changes among the most dangerous cities over 200,000. While Detroit, Michigan experienced a notable decrease in its violent crime rate, St. Louis saw its rate increase by nearly 23 percent in the first half of 2015.

For an even more in-depth look at Law Street’s crime coverage check out Crime in America 2016.