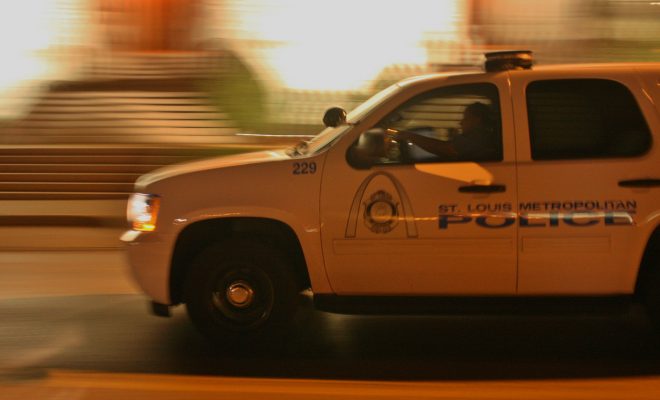 When police were called to a burning car in Riverview, Missouri, around 2AM on Tuesday morning, they found the body of activist Darren Seals inside, shot to death. Seals, 29, was a prominent activist who protested after black teenager Michael Brown was shot in Ferguson, Missouri in 2014. He was by the Brown family’s side the evening it was announced the officer involved in the shooting was not indicted.

Some think he was targeted by the police for his strong commitment to the protests over Michael Brown’s death, a belief that Seals himself seems to have expressed on his Twitter.

@LegendaryQueen8 yea 10 detectives pulled me and my 14 year old brother over, pointed guns on us, and told me “choose your enemies wisely”

St Louis County Police said they investigated the incident as a homicide but have no suspects. The block where Darren Seals died was involved in another police matter about a week ago when an older woman was found dead in her apartment. However that death appears to have been a suicide.

According to the police, Seals lived about 12 miles away from where he was found dead. Seals described himself on his Twitter account as a businessman, revolutionary, activist, fighter, leader, and “unapologetically black.” After he engaged in protests after the shooting of Michael Brown, he told MTV about the experience in an interview. Even though he described holding Brown’s mother after they heard the results from the non-indictment as feeling “her soul cry,” he also described the protests as fruitful:

Seals also led protests with a group called Hands Up United, which wanted to change police policies through the campaign Polls Ova Police. Some people believe this work made police officers target Seals during the last weeks of his life.

#DarrenSeals spent his last days under constant harassment from STL Police. Any investigation into his murder needs to start there IMO.

Seals repeatedly declared his distance from the Black Lives Matter movement and claimed it is simply a newly formed group taking credit for what different local protesters, including him, have been working hard on for years.

#BlackLivesMatter people did to Ferguson what white people did to mother Africa, come in steal all our resources then leave us for dead..smh

In the end, Darren Seals became a symbol for the battle he fought, but details about his death are still unclear.

Emma Von Zeipel
Emma Von Zeipel is a staff writer at Law Street Media. She is originally from one of the islands of Stockholm, Sweden. After working for Democratic Voice of Burma in Thailand, she ended up in New York City. She has a BA in journalism from Stockholm University and is passionate about human rights, good books, horses, and European chocolate. Contact Emma at EVonZeipel@LawStreetMedia.com.
Share:
Related ItemsActivismBlack Lives MatterBLMCop ShootingCrimeDarren SealsFerguson. MissouriHomicideMichael BrownMurder InvestigationRacismRiverview