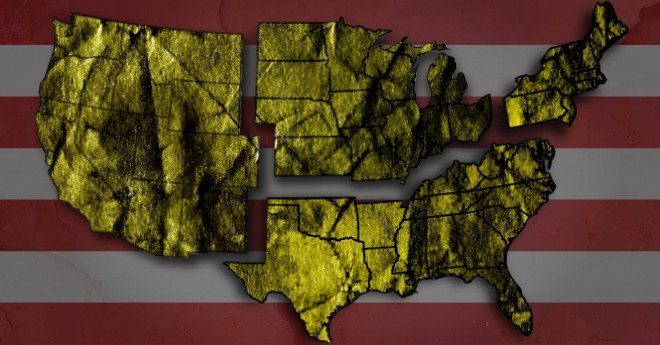 Crime in America 2015: Slideshow of the Top 15 Most Dangerous Metro Areas

While crime in the United States has been trending down for quite some time, some metropolitan statistical areas continue to experience relatively high rates of violent crime. According to the latest crime data from the FBI, which covers calendar year 2013, the Memphis metro area leads not only the South in violent crime, but also the country as a whole. All of the top five most dangerous metro areas are from the South; none of the top 15 are from the Northeast. Check out the slideshow below to see the rankings of the Top 15 Most Dangerous metro areas across the United States. All rates below are calculated per 100,000 people. Click here to read more information about Metropolitan Statistical Areas and these rankings.

READ MORE: 2015 CRIME RANKINGS FOR THE NORTHEAST, THE MIDWEST, THE WEST, AND THE SOUTH

Memphis, Tennessee is ranked the #3 most dangerous city with a population over 200,000.

Kevin Rizzo
Kevin Rizzo is the Crime in America Editor at Law Street Media. An Ohio Native, the George Washington University graduate is a founding member of the company. Contact Kevin at krizzo@LawStreetMedia.com.

The Office of Management and Budget began delineating Metropolitan Statistical Areas (MSAs) in the 1950s in order to provide an established level of analysis for government reports and statistics. MSAs are characterized as having an urban core with more than 50,000 people and surrounding areas that have close social and economic integration. The FBI does not provide data on all of the 388 MSAs defined by the Office of Management and Budget. Click here to see the FBI's explanation for why all MSAs are not included. MSAs are organized by counties or their equivalent. All statistics in Law Street’s Crime in America metro rankings are presented as rates per 100,000 people, and they are taken from the FBI’s annual Crime in the United States publication section on metropolitan statistical areas. To see the FBI’s data click here.

CLICK HERE TO SEE FULL CRIME IN AMERICA 2015 COVERAGE, INCLUDING THE SAFEST & MOST DANGEROUS CITIES AND STATES.