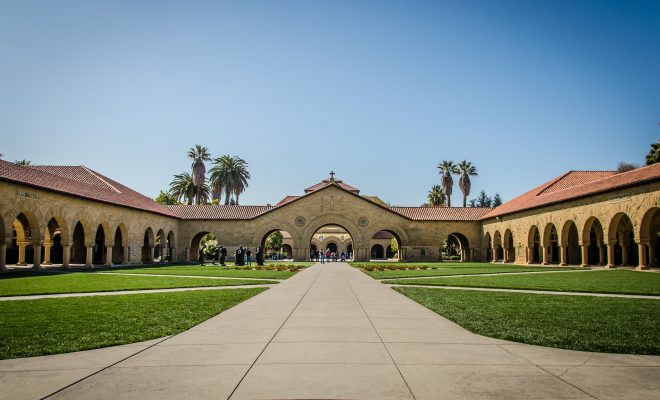 After serving only three months in Santa Clara County jail for sexual assault, former Stanford University swimmer Brock Turner was released on Friday morning. He left after serving half of a six-month sentence that he received in June after he was convicted of sexually assaulting an unconscious woman on Stanford’s campus in of January last year.

The case has been widely covered and the judge was harshly criticized for the lenient punishment. Prosecutors wanted a six-year sentence, but Superior Court Judge Aaron Persky responded saying, “A prison sentence would have a severe impact on him. I think he will not be a danger to others.”

As Turner left the jail, wearing dress pants and a wrinkled white shirt, a small group of demonstrators and members of the press watched. Sandra Pfeiffer, who told NPR member station KQED that she was a rape survivor herself, said, “Other people get locked away for a very long time, why did he get out after 90 days? Why? Why? It doesn’t make sense.”

In the aftermath of Turner’s sentencing, the Department of Education released a list of sexual assault complaints at colleges across the country. The list revealed that Stanford had five federal complaints–not counting Brock Turner’s case, which was conducted in the justice system not by the university–into how the school handled sexual assault cases. According to the list, Stanford had the most of any school under review.

Before Turner was sentenced, his father sent a controversial letter to the judge in his son’s case, which also led to a lot of criticism. In the letter, he argued that his son didn’t deserve to have his life ruined by a prison sentence. He wrote, “His life will never be the one that he dreamed about and worked so hard to achieve. That is a steep price to pay for 20 minutes of action out of his 20 plus years of life.”

In court, Turner’s victim read a powerful statement in court where she questioned the lenient punishment and society’s view on sexual assault. She also wondered what the outcome would have been if the assailant had not been a privileged, white star-athlete:

Turner’s early release made a lot of people on Twitter mad, as some saw it as an example of white privilege.

I know dudes from my hood who’ve had their lives ruined over a bag of weed and this dude Brock Turner just did 3 months for rape.

If only Brock Turner were a poor undocumented Mexican immigrant & not ‘an All-American boy,’ Trumpists cld use him to vilify a whole people.

Some argued that his sentence reflects one of the many reasons why victims of sexual abuse often do not speak up.

If you ever say “Why don’t rape victims just tell the police?” Please refer to the Brock Turner case and realize that it’s not that simple.

Emma Von Zeipel
Emma Von Zeipel is a staff writer at Law Street Media. She is originally from one of the islands of Stockholm, Sweden. After working for Democratic Voice of Burma in Thailand, she ended up in New York City. She has a BA in journalism from Stockholm University and is passionate about human rights, good books, horses, and European chocolate. Contact Emma at EVonZeipel@LawStreetMedia.com.
Share:
Related ItemsBrock TurnerCourtLenienceRapeRape ConvictionRape VictimReleasedSexual AssaultStanford UniversitySwimmer