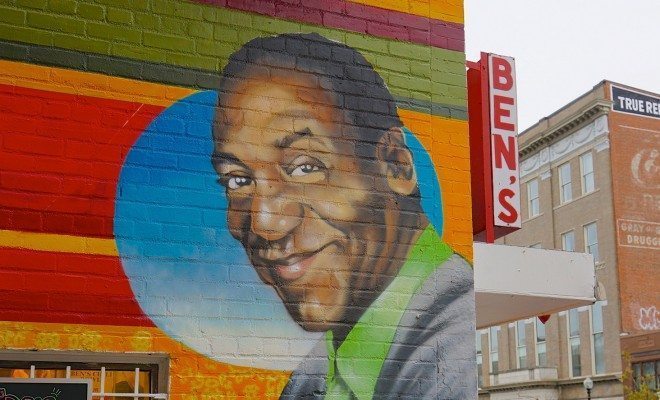 Bill Cosby Rape Allegations Continue: Should We Have Statutes of Limitations for Sexual Assault?

Bill Cosby’s fall from grace has taken a new incriminating turn. Recently released court documents reveal the comedic icon formally admitting to drugging women in the past. Unsealed testimony from a 2005 civil suit may finally end the plausible deniability routine that the now-disgraced comedian has used since accusations from over 30 women surfaced. As the evidence and claims against Bill Cosby mount, statute of limitation laws protect him from facing criminal charges in most cases. In light of this, it is important to ask why these statutes exist in the first place and whether they should apply to sexual assault cases.

Recently unsealed testimony from a previous civil lawsuit against Cosby, obtained by the Associated Press, shows the comedic icon admitting under oath to obtaining Quaaludes. He admits to giving the drugs to at least one woman and “other people” with the intent to have sex with them. The 2005 civil case was filed by Temple University employee Andrea Constand, who accused Cosby of sexually assaulting her in 2004. Cosby was not charged with a crime due to a lack of physical evidence, so Constad had to resort to suing him as a means of seeking justice.

According to the unsealed documents, Cosby was asked, “When you got the Quaaludes, was it in your mind that you were going to use these Quaaludes for young women that you wanted to have sex with?” to which Cosby answered “Yes.” He was then asked if he gave women the sedatives without their knowledge, but his lawyers objected before he could respond. Cosby’s lawyers later said that the women knew that he had given them Quaaludes.

Despite the growing number of accusations against him, Cosby has never actually been charged with a crime. This is primarily because most of the alleged crimes took place decades ago, leaving him legally free of charges due to state statute of limitation laws. A statute of limitation is a law that prohibits a prosecutor from charging someone with a crime after a specified period of time has passed. Proponents believe that these laws are to ensure that convictions are based only on valid evidence. Because evidence weakens over time, successfully convicting a defendant years after the fact is typically more difficult. These laws are meant to increase the validity of assault accusations in order to prevent fraudulent claims, and thus prevent an error that might convict an innocent person. Sexual assault cases typically begin with the victim describing what happened to authorities and creating material evidence vital to back up the victim’s accusations.

As of last November, 34 states and Washington, DC have statute of limitation laws for rape or sexual assault charges, ranging anywhere from three to 30 years. For example, charges must be filed within fifteen years of the crime in Georgia, five years in Connecticut, and just three years in Minnesota.

While making a case with deteriorated evidence is challenging, completely disallowing a victim’s ability to seek justice simply because evidence may have deteriorated does not seem fair. Improvements in technology are also slowing down that process, making evidence that was once unreliable much more useful. With more efficient DNA testing, authorities can now test decades old rape kits for DNA samples that previously could not be tested. A rape kit involves a medical inspection of a sexual assault victim and is a very useful means of preserving physical DNA evidence. Improved DNA science has started to give law enforcement agencies the ability to identify rapists dating back several decades.

One case that points to the unfairness of statute of limitation laws is the case of Charles Steele, a man who raped at least four Cleveland women in the mid-90s. The cases went unsolved for 20 years because police never tested the victims’ rape kits for DNA. Evidence collected from the bodies of each victim in 1993 and 1994 remained in storage until Cleveland police tested the kits 2011, leading them to Charles Steele who was already serving a lengthy prison sentence for a different rape. In 2014, Steele received an extended sentence for a minimum of 65 years in prison nearly two decades after the rape occurred. However, one of the indictments against Steele was thrown out due to Ohio’s 20-year statute of limitation law. The crime occurred on March 5th, 1993, but the indictment was issued March 6th, 2013–passing the 20-year limit by just one day. Cases like these are perfect examples of how a victim could be blatantly denied justice because the clock ran out.

As the Cosby controversy and other high profile cases gain public attention, many people are starting to question the validity of these laws. Wendy Davis, a state senator and former Democratic nominee for governor in Texas, proposed the elimination of the statute of limitations for rape and sexual battery cases last year. Davis’ efforts in Texas are one example of the growing opposition to these laws. Lise Lotte Lublin, one of Cosby’s accusers, recently testified at a Nevada Assembly hearing in support of a bill that would eliminate the statute of limitations for rape in the state. Nevada currently has a four-year statute of limitation for rape cases, which precludes Cosby from being charged for Lublin’s rape.

Because of statute of limitation laws, many of Cosby’s alleged victims may never get a chance at justice. Potentially allowing criminals to walk free simply because a certain time period passed, does not make the crime any less vile. Statute of limitation laws were initially created for justice, but now ironically serve as a barricade to it.

Kwame Apea
Kwame Apea is a member of the University of Maryland Class of 2016 and a Law Street Media Fellow for the Summer of 2015. Contact Kwame at staff@LawStreetMedia.com.
Share:
Related ItemsBill CosbyCosbyCriminal LawRapeSexual AssaultStatute of Limitations