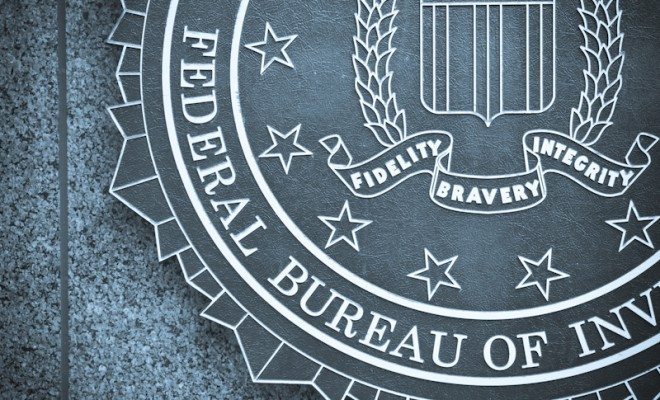 Behind the FBI’s Crime Statistics

Here at Law Street, we focus a lot of attention on the FBI’s annual and semiannual crime statistics, yet these numbers often receive a lot of criticism and are generally not seen as a perfect measure of crime in America. However, these statistics remain the best and most official information available to the public.

According to an FBI document on the proper use of its crime reporting statistics, their reports are created for “use in budget formulation, planning, resource allocation, assessment of police operations, etc., to help address the crime problem at various levels.” The FBI’s publications are widely used by the government and by the press to provide the public with important information about trends in crime.

Although these crime reports have several uses as well as significant implications for policy decisions, it is also important to note that they are not perfect. Uniformity and reporting inconsistencies have long been cited by critics of the statistics. One of the primary contributors to these issues is the fact that all of the data provided by the UCR program is submitted voluntarily by individual agencies. As a result, the FBI is only able to provide recording guidelines and is unable to enforce a universal standard in each state.

About the Uniform Crime Report

According to the FBI, the Uniform Crime Report (UCR) is “a nationwide, cooperative statistical effort of more than 18,000 city, university and college, county, state, tribal, and federal law enforcement agencies voluntarily reporting data on crimes brought to their attention.” Starting with only 400 cities in 1930, the UCR program has expanded to cover over 98 percent of the population from 9,491 cities in 2012.

The data collected by the UCR is voluntarily submitted by nearly every law enforcement agency in the country, and details the “offenses known to law enforcement,” persons arrested, and police employee data for all participating agencies.

The FBI also strongly cautions data users from ranking states, cities, and other localities against each other. According to the FBI, their main argument against ranking is the fact that each city is unique and has different explanations for its crime levels, as well as the fact that there are several contributors to crime that are not apparent in the UCR’s raw data.

We have previously justified our reasons for ranking when our initial coverage of Crime in America was released, but it is important to remember why crime information is so important. We make a specific point to include as much contextual information as possible in our rankings and general Crime in America coverage.

Having said that, there are still several issues with the consistency and uniformity of the UCR that prevent a perfect comparison between different cities and their crime statistics. All but three states in the U.S. have their own state UCR Program, which receives crime reporting information from the agencies in its jurisdiction then passes that information along to the FBI. Consequently, there is a lot of variance between how states report their crimes.

To help alleviate several standardization issues the FBI created the National Incident Based Reporting System (NIBRS) in the late 1980s. The NIBRS was intended to improve recording practices and gather additional information on offenses. Currently, there are only 31 state UCR Programs that are certified for NIBRS participation. Of those states only 10 report directly using the programs, while the other 21 are in different stages of testing or planning and development.

Other states use the Summary Reporting System (SRS), which covers the same crimes, but does not have as well-defined categories to prevent misclassification and provide expanded information. The lack of a centralized and universally used system has long prevented proper standardization of crime statistics. Also, because the NIBRS is not used everywhere the FBI must convert data submitted using that system to the Summary Reporting System for its annual and semiannual crime reports.

One consequence of the UCR’s lack of standardization is the fact that when changes to the system occur the adjustment process becomes very complicated and typically takes a long time. This can be seen in the adaptation of the FBI’s new definition of rape, which was updated to be more inclusive just this year. Although the change was recent, only some of the cities and states have started using the new definition. It will take several years before all of the 1,800 plus law enforcement agencies to voluntarily adjust their recording methods. In the meantime, the public will have to wait before a more realistic understanding of rape offenses in the U.S. is available.

Despite the new definition of rape, the FBI was still unable to aggregate a violent crime statistic for Chicago in its most recent release. The Chicago Police Department does not report its rape statistics, rather it uses a broader classification called “criminal sexual assault.” Although rape was redefined, the FBI’s definition is still incompatible with the one used in Chicago. Consequently, the city’s violent crime total has been left off the FBI’s report for several years.

Another important issue with the Uniform Crime Report is the issue of city boundaries, which frequently vary in the amount area that is included within the official city limits. As a result, law enforcement agencies are able to include statistics for areas that would not generally be considered part of the city. The inclusion of statistics from cities’ surrounding areas like suburbs, which are generally perceived as safer than the urban core, can have a deflationary effect on crime rates. One notable example of this issue is the case of St. Louis, which has its boundaries drawn tightly around the urban core. As a result, violent crime rates tend to be higher for areas with greater population density, while expansive city boundaries often yield lower numbers in terms of violent crime per capita.

The FBI’s uniform crime report often falls under scrutiny for its use of what is called “The Hierarchy Rule.” According to the FBI, this rule “requires counting only the highest offense and ignoring all others.” While it is important to note that this only affects crime reporting and not the actual number of charges against a defendant, it may still lead to incomplete violent crime statistics. Although the NIBRS system does not follow this rule and records each offense individually, its numbers must be converted to the Summary Reporting System for the UCR, which only takes the highest crime in the hierarchy.

Finally, there have been several challenges to the accuracy or reporting done by individual cities, and while a systemic problem remains to be seen there have been multiple incidents of reporting errors. The most recent example of this occurred in Milwaukee, where an investigation by the Milwaukee Journal Sentinel revealed a trend of underreported crime. The Journal Sentinel’s findings prompted a police department review that found over 5,300 underreported aggravated assaults during a six-year period, a 20 percent rate of error. As a result of these misreported crimes, the city’s violent crime rate in 2011 was reported to have decreased by 2.3 percent, when in reality it actually went up by 1.1 percent from the previous year, which also included underreported numbers. Similar problems have been large cities like New Orleans, New York City, and Dallas.

Although there has been a lot of criticism about the FBI’s Uniform Crime Report, it remains the most official and accurate source of information available to the public. It represents a significant undertaking from the FBI to aggregate and organize a massive amount of data for public consumption. Despite the UCR’s drawbacks, the FBI has worked to respond to its critics and is continually trying to improve the accuracy of its data.