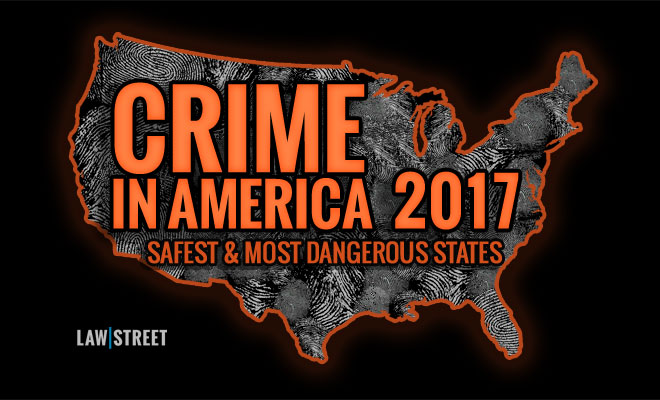 America’s Safest and Most Dangerous States 2017

Law Street’s annual slideshow of the Safest and Most Dangerous States ranks all 50 states based on their violent crime rates. Each slide details the violent crime statistics for every city in the country with available data and a population of 25,000 or more. The qualifying cities are listed from highest to lowest rate of violent crime per 100,000 residents for each state. The category of violent crime is comprised of murder, rape, robbery, and aggravated assault.

GO DIRECTLY TO YOUR STATE: