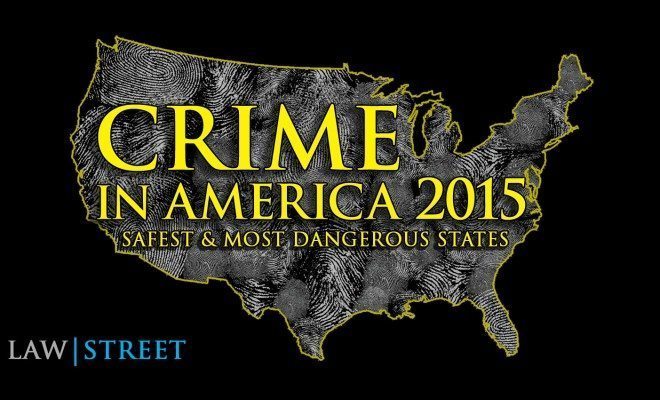 Alaska is the most dangerous state in the nation according to the latest violent crime data from the FBI. With an increase in violent crime rate from 603 per 100,000 people in 2012 to 640 in 2013–the most recent year for which the FBI provides data–Alaska moved into the number one spot, followed by New Mexico (613) and Nevada (603). Law Street’s second annual slideshow of the Safest and Most Dangerous States ranks all 50 states from most dangerous to safest and details the violent crime statistics for every city in the country with a reported population of 25,000 or more. Each state’s qualifying cities are listed from highest to lowest rate of violent crime per 100,000 people, which is comprised of murder, rape, aggravated assault, and robbery.

Kevin Rizzo
Kevin Rizzo is the Crime in America Editor at Law Street Media. An Ohio Native, the George Washington University graduate is a founding member of the company. Contact Kevin at krizzo@LawStreetMedia.com.

Click here for full coverage of Crime in America 2015.