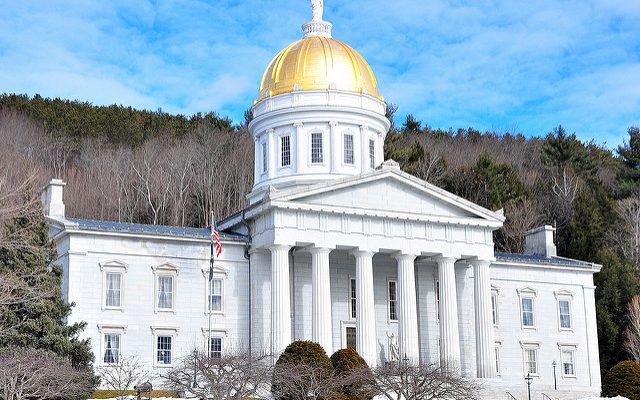 Vermont’s House of Representatives voted in favor of legalizing recreational marijuana throughout the state in a 79-66 vote on Wednesday. The legislation now heads to Governor Phil Scott’s desk to be signed.

The bill would legalize possession of up to one ounce of marijuana and cultivation of up to two plants for adults 21 years and older, beginning in July 2018. It would also set up a nine-member commission to study the best way to regulate and tax marijuana in the future.

The House of Representatives’s vote came after the Senate approved a revision to S. 22 to include the language of H.170, which the House passed last week.

According to a recent poll of 755 Vermont voters, 57 percent of respondents said they support allowing adults who are 21 or older to use, possess, and securely grow marijuana.

“It’s time for Vermont to move forward with a more sensible marijuana policy,” Simon said. “The voters and the Legislature are behind it, and we hope the governor will be, too.”

Alexis Evans
Alexis Evans is an Assistant Editor at Law Street and a Buckeye State native. She has a Bachelor’s Degree in Journalism and a minor in Business from Ohio University. Contact Alexis at aevans@LawStreetMedia.com.
Share:
Related ItemsMarijuana LegalizationRecreational MarijuanaVermont