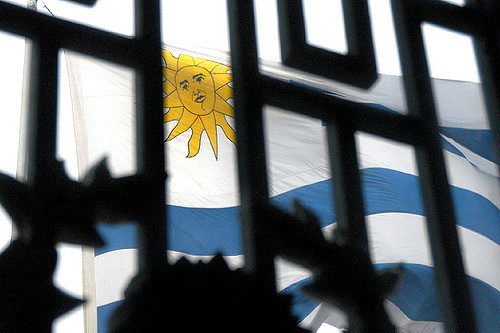 Legal recreational marijuana sales officially began Wednesday in Uruguay at pharmacies all across the South American nation. Authorities report that nearly 5,000 people have already signed up for the national registry.

While the program is the first of its kind–Uruguay is the first nation to fully legalize the production and sale of recreational marijuana–it isn’t a cannabis free-for-all. It comes with some restrictions:

According to the Huffington Post, “the Uruguayan model allows four forms of access to marijuana: medical marijuana through the Ministry of Public Health; domestic cultivation of up to six plants per household; membership clubs where up to 45 members can collectively produce up to 99 plants; and licensed sale in pharmacies to adult residents.”

Reportedly, about 70 percent of people who had registered to buy marijuana from pharmacies were men, most of them aged 30-44.

As previously mentioned, Uruguay’s market is significantly cheaper than those in the United States. Pharmacies began selling the drug at $1.30 per gram compared to $5-$15 per gram in legal American states. The government hopes that by pricing marijuana below black market prices, it will undercut drug traffickers.

Queues form outside pharmacies after Uruguay has legalised both the sale and the production of cannabis https://t.co/i1L1WNqPKJ pic.twitter.com/gjcSSsaDDg

“These are measures designed to help people who are already users without encouraging others who don’t consume,” Alejandro Antalich, the vice president of the Center of Pharmacies in Uruguay, an industry group, told the New York Times. “If this works as planned, other countries could adopt it as a model.”

Will Uruguay Impact the U.S.?

It’s hard to say. The U.S. has had its hits and misses when it comes to adopting marijuana legislation. Colorado saw roughly $1.1 billion in legal sales of medical and recreational marijuana last year, while Nevada’s highly anticipated recreational launch proved to be a bit of an embarrassment thanks to unsolved distribution supply chain issues.

If Uruguay’s model proves successful, it could prove to be a workable template for more legalization efforts in America

Alexis Evans
Alexis Evans is an Assistant Editor at Law Street and a Buckeye State native. She has a Bachelor’s Degree in Journalism and a minor in Business from Ohio University. Contact Alexis at aevans@LawStreetMedia.com.
Share:
Related ItemsColoradoMarijuana LegalizationNevadaRecreational MarijuanaUruguay