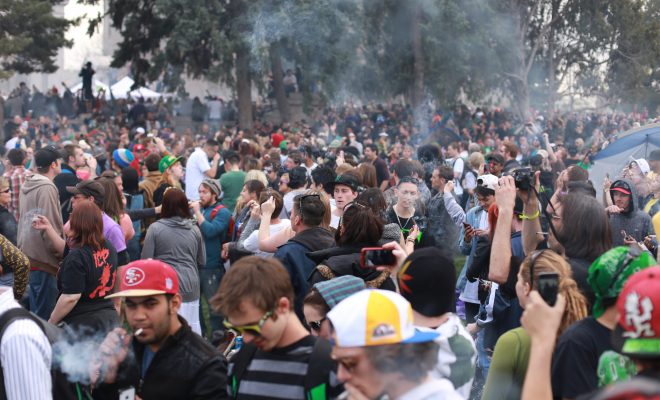 Definition of “Open and Public” Marijuana Use Still Hazy in Colorado

Buying and selling limited quantities of marijuana has been legal in Colorado for nearly five years. Public use, however, is prohibited. Still, for years, state lawmakers have been trying to determine how to define “open and public” consumption.

One of the more contentious questions state lawmakers have wrangled over: should residents be permitted to smoke marijuana on their front porches? Or should smoking marijuana on a front porch–where children and other passersby could be exposed to the smoke–be prohibited?

Last week, the 2017 legislative session came to a close without answering these questions. Despite successfully passing a number of other bipartisan priorities–like expanding Medicaid benefits–the Colorado legislature could not reach a consensus as to what “open and public” consumption means.

The House and Senate previously passed different versions of a bill that would clarify the question that has lingered since legalization in 2012. But both chambers have yet to land on a bill that suits them equally.

Senate Bill 184, the version of the bill the Senate passed, would have prohibited marijuana consumption in places where “a substantial number of the public” congregates without restriction. It also would have outlawed pot smoking in “a place not protected from unaided observation lawfully made from outside its perimeter,” which essentially would have included front porches.

A compromise was proposed to both chambers–residents can smoke on their front porch as long as no more than five outside guests were present–but was ultimately flouted.

“We’re talking about your own private property,” Rep. Jovan Melton (D-Aurora) told the Denver Post. “And why the number five? Why did we arbitrarily land on that number? We are literally putting things into statute with no explanation.”

Bob Gardner, the Republican state Senator from Colorado Springs, is concerned about marijuana smoke affecting other people in the neighborhood.

“My concern continues to be that in urban and suburban areas property lines are so close that children walking up and down sidewalks that are not 15 feet from [a home],” he recently told the Denver Post. “And frankly it is a crime in Colorado to do a lot of things on your front porch, no matter how much you own that property.”

In 2012, Colorado became the first state in the country to legalize marijuana for recreational use–in private. Figuring out how cannabis should be consumed publicly is a fairly fuzzy conundrum that has consistently bedeviled state lawmakers.

At one point, the legislature nearly passed a law that would have legalized private pot clubs–bars and cafes where people could congregate and smoke pot. But that bill was scuttled after resistance from Democratic Gov. John Hickenlooper and others.

Pot clubs do exist, but outside of the legal bounds. Now, because state lawmakers could not properly define what “open and public” consumption means, local jurisdictions will continue to be in charge of interpreting the stipulation.

Alec Siegel
Alec Siegel is a staff writer at Law Street Media. When he’s not working at Law Street he’s either cooking a mediocre tofu dish or enjoying a run in the woods. His passions include: gooey chocolate chips, black coffee, mountains, the Animal Kingdom in general, and John Lennon. Baklava is his achilles heel. Contact Alec at ASiegel@LawStreetMedia.com.
Share:
Related ItemsColoradoMarijuana LegalizationOpen and Public ConsumptionPot ClubsPublic Marijuana ConsumptionRecreational Marijuana