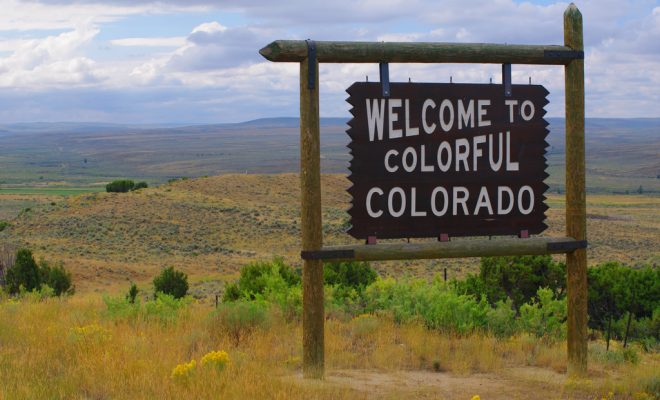 The genesis of the Golden Age of the Ganjapreneuer in Colorado began in 2001, when Colorado voters amended the Colorado Constitution by adopting Amendment 20, which provides limited protection from criminal prosecution for medical cannabis patients, primary caregivers, and to a certain extent, physicians. For several years, Amendment 20 existed quietly and those governed by it operated largely under the radar. Slowly, medical cannabis dispensaries began to appear, as did large-scale home grows.

In 2004, the Colorado Department of Health attempted to begin serious regulation of medical cannabis. However, when adopting an administrative rule that attempted to limit a primary caregiver’s allowable activity, the department made procedural errors. Consequently, the rule was thrown out when challenged in district court in 2007.

In 2009, there were several factors that promoted substantial growth in the number of Colorado cannabis businesses. First, Deputy Attorney General David Ogden issued the Ogden Memo regarding investigation and prosecutions in states authorizing medical cannabis. The Ogden Memo encouraged U.S. Attorneys to not focus federal resources on individuals whose actions were in clear and unambiguous compliance with state medical cannabis laws. Second, the Department of Health unsuccessfully attempted to re-promulgate its failed rule, giving medical cannabis activists momentum and political clout. Third, consistent with other states, Colorado was in the midst of the Great Recession. Unemployment rates were high and empty retail space abounded. Businesses that could pay rent were welcome.

Consequently, the stars aligned for cannabis businesses in Colorado. The industry took off. The number of registered patients grew from approximately 5,000 to over 100,000, and the number of dispensaries grew proportionally. Without regulation, innovation in the marketplace was unfettered.

The cannabis industry could not be ignored and the Colorado General Assembly responded in 2010 by adopting the Colorado Medical Marijuana Code. The statute essentially grandfathered in the operating businesses, but subjected them to strict requirements, mandated eventual licensure to continue operating, and created the Medical Marijuana Enforcement Division, or MED. The MED was the first agency of its kind and was tasked with regulating every aspect of medical cannabis businesses from seed-to-sale.

As the new MED struggled to properly regulate the medical cannabis industry, in 2012 Colorado voters passed Amendment 64 to the Colorado Constitution. Amendment 64 both legalized personal use of marijuana for individuals over 21 (subject to certain restrictions) and established a basic regulatory structure for recreational cannabis businesses. In 2013, the MED was properly funded and full-scale regulation began.

The rest is history. Legal cannabis in Colorado is currently a billion dollar a year industry. The MED is a successful regulator and the cannabis industry is among the most regulated of all industries. And while there are certainly industry players that have been around for a decade, most are new and unaware of the history driving Colorado’s successful cannabis legalization experiment.

Kelly Rosenberg
Kelly Rosenberg, a Senior Associate at Vicente Sederberg, was central to the Colorado Department of Revenue’s efforts to regulate marijuana from when the Department embarked on the groundbreaking work in 2010 through March of 2016. As an attorney with the Colorado Department of Law, Kelly was assigned as the general and litigation counsel to the Colorado Medical Marijuana Enforcement Division. There, she played a key role in the MMED’s early work to craft its regulatory structure. In 2013, she became an even more integral part of the regulatory development process after recreational marijuana was legalized and the MMED became the Marijuana Enforcement Division. Ms. Rosenberg worked on and legally reviewed all rules adopted by the agency. In addition, she provided day-to-day legal counsel to the MED on a variety of matters including open records, requests for positions statements, subpoenas, policies, procedures, contracts, employment issues, and trademark concerns, and presided as general counsel over all of the MED’s emergency and permanent rule making processes. At Vicente Sederberg, Ms. Rosenberg serves as Chair of the Administrative and Regulatory Law Department and assists clients with regulatory and compliance issues as well as administrative matters. She is also a key member of the firm’s new Government Relations Department, which assists governmental entities in the process of drafting medical and retail marijuana laws, ordinances, and regulations.
Share:
Related ItemsCannabisCannabis LegalizationColoradoMarijuana