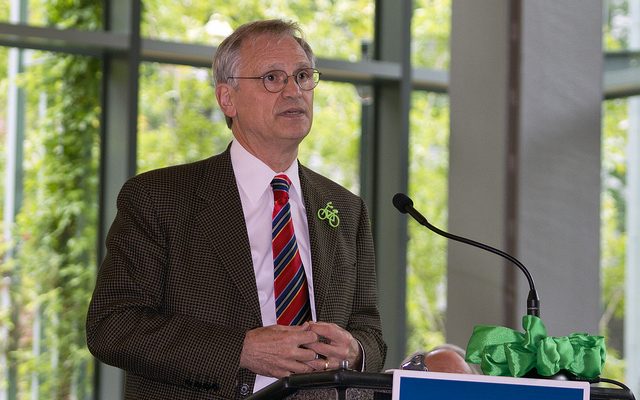 Delaware Could Legalize Recreational Marijuana Too!

November’s impressive marijuana victories seem to have lit a fire under many pro-pot lawmakers across the country. In recent months, we’ve seen more and more states draft legislation to legalize marijuana in some form. Last week, Delaware lawmakers announced they wanted in on the action, unveiling a new bill that would legalize the drug recreationally for adults 21 years and older. Lawmakers said they hope House Bill 110 will attract east coast “marijuana tourists” to the state, boosting Delaware’s economy in the process.

West Virginia, one of the few remaining states yet to legalize marijuana in any form, could soon get its toes wet with medical marijuana. After being fast-tracked to the House floor for a vote, Senate Bill 386 is scheduled for a second reading during Monday’s House session. The bill, which already passed the state’s Senate, would establish a 16-member commission to oversee production, distribution, and regulation of a state medical marijuana program. Members will need to decide on any amendments and vote quickly before the session adjourns on April 8.

Attention cannabis aficionados: some experts believe that the marijuana industry could one day be able to emulate the wine industry. Researchers from the University of British Columbia published new findings online at PLOS One, in an article titled “Terpene Synthases from Cannabis sativa,” in which they identify 30 terpene synthase genes that contribute to diverse flavors. This could allow marijuana growers to produce more standardized products much like wine, which would allow buyers to know exactly what they are getting in terms of flavor and strength. Does this mean we can expect weed tastings in the near future?

Two Oregon lawmakers introduced an ambitious trio of bills in the U.S. Senate and House Thursday that would drastically revolutionize marijuana reform and help legitimize the cannabis industry. Sen. Ron Wyden and Rep. Earl Blumenauer, both Democrats, are calling the project the “Path to Marijuana Reform,” and it almost seems too good to be true (keep reading to check out Law Street’s exclusive interview with Rep. Blumenauer below).

Legalizing Marijuana Hasn’t Led to More Teen Use in Washington

Marijuana opponents frequently argue that legalizing weed would encourage underage kids to try it, which they use as a justification for why states shouldn’t adopt recreational use laws. However, a new survey from the state of Washington shows that simply isn’t the case. According to a Youth Health Survey from the state of Washington, which legalized recreational marijuana in 2012 and established dispensaries in 2014, results indicated that teen cannabis consumption hasn’t changed over the past decade.

SWAT Raids Can be Deadly, Even for People With Small Amounts of Marijuana

Though marijuana use is rarely–if ever–fatal, possession and trafficking can be deadly. A New York Times investigation into the aggressive tactics used by SWAT teams across the U.S. revealed that a startling number of people have been killed as the result of a SWAT raid.

U.S. Representative Earl Blumenauer (D-OR) has been an advocate of marijuana legalization for decades. In 1998, Oregon became the second state to legalize medical marijuana, and in 2015, it became one of the first states to legalize the drug recreationally. Now, Blumenauer is taking his fight to the federal level. In an exclusive interview with Law Street’s Alec Siegel, the congressman talks about the bipartisan Congressional Cannabis Caucus, and much more.

AS: What do you hope to achieve with the Congressional Cannabis Caucus?

EB: For the last four years we’ve steadily expanded involvement of people in Congress on a series of legislative actions designed to bring a little rationality to this equation. What we’ve tried to do is spread this out to involve more and more members. We’ve had an informal marijuana working group. By formalizing the Cannabis Caucus with bipartisan leadership and bipartisan membership, it’s another step toward normalizing the way this is treated by Congress.

AS:  What will it take to change the federal marijuana ban?

EB: Public acceptance is broad and accelerating. Ten years ago a majority of the American public did not support legal adult use. There was growing support but not as strong as one would like for medical marijuana. What’s happened in recent years is that the public has figured it out. Some have had actual experience with medical marijuana. I think this decade we’re going to see some pretty profound changes because [the ban] doesn’t work, it’s expensive, and it’s unfair.

AS: Are you concerned with how the Trump Administration will enforce the federal ban?

EB: They have not yet become allies, but I don’t think they’re going to rekindle this war against marijuana. First of all, in the nine states that voted on marijuana legalization in some form last fall, marijuana got more votes than Donald Trump. And there were millions of people who voted for both Donald Trump and marijuana. I’ll say flatly that there will never be an anti-marijuana candidate for president who will be successfully elected. It’s not good politics and it’s not good policy to try to reverse what has occurred across the country as a result of what the citizens wanted.

As Deryn Blackwell was dying of cancer, his mother, Callie, sought out something, anything, that could relieve his pain. Finally, after three excruciating years of watching Deryn suffer, she found a potential aid: marijuana. Find out more here.

Alexis Evans
Alexis Evans is an Assistant Editor at Law Street and a Buckeye State native. She has a Bachelor’s Degree in Journalism and a minor in Business from Ohio University. Contact Alexis at aevans@LawStreetMedia.com.
Share:
Related ItemsCannabis in AmericaDelawareMarijuana GenomeMarijuana LegalizationMarijuana ReformNewsletterRepresentative Earl BlumenauerWest Virginia