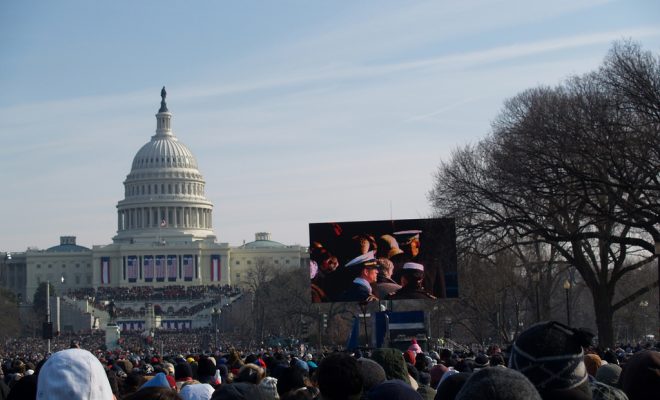 For the thousands of people planning to flood the National Mall on Inauguration Day, to cheer or to jeer, a D.C.-based group has an idea to ease the potentially tense atmosphere: free marijuana joints. The D.C. Cannabis Coalition, an activist organization in a city where recreational marijuana is (mostly) legal, will be handing out thousands of joints on the morning of January 20. On the west side of Dupont Circle, the group will hand out coffee and tea, and at 10 a.m., begin to march south toward the National Mall, handing out joints along the way.

The group has a cache of 4,200 joints, and at 4 minutes and 20 seconds into Trump’s speech, marchers are encouraged to light their joints.”The main message is it’s time to legalize cannabis at the federal level,” said Adam Eidinger, the founder of DCMJ, a DC Cannabis Coalition partner and the group that drafted the initiative that legalized recreational pot in the capital.

Eidinger acknowledged that protesters would be breaking the law if they smoked in public, and on federal land, but he encouraged it as “a form of civil disobedience.” He said: “I think it’s a good protest. If someone wants to do it, they are risking arrest, but it’s a protest and you know what, the National Mall is a place for protest.”

Eidinger said the protest was welcome to Trump supporters and opponents alike, and is aimed more at pushing to recognize marijuana as a legal substance at the federal level than anything else. Cannabis, though legal in some form in a majority of states and D.C., is banned by the federal government. And DCMJ is no fan of Trump’s appointee for attorney general, Jeff Sessions.

In late November, when Trump announced Sessions as his choice for attorney general, DCMJ called the former Alabama senator “one of the biggest prohibitionists in Congress.” The group added: “We can’t idly sit by and watch all the hard work we’ve done to legalize cannabis in DC be eroded by an out of touch prohibitionist!” But the joint giveaway is not all about protesting Sessions, or Trump, or the federal marijuana ban. “This is really a gift for people who come to Washington, D.C.,” Eidinger said.