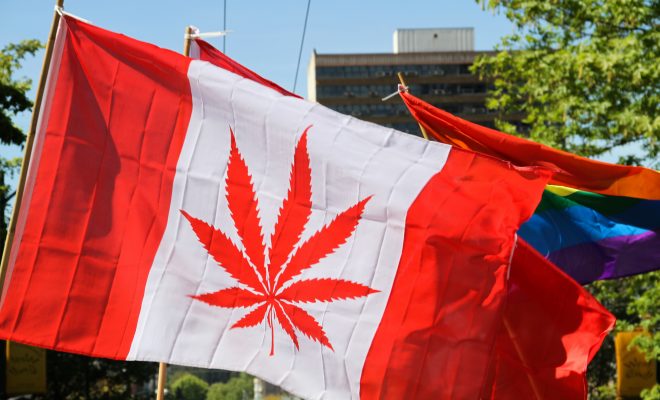 This spring, Canada’s Parliament is expected to consider a recreational marijuana legalization measure. At the top of the new year, cities in Alberta and British Columbia are bracing for the impact of legal marijuana, and the effects it could have on the workplace and in communities, by considering a slew of legislative responses.

In Edmonton, Alberta, the Chamber of Commerce is pursuing policy ideas that would help workplaces adapt to a legal marijuana market across Canada. Janet Riopel, CEO of the Edmonton Chamber of Commerce, which represents 2,400 businesses, told CBC that “employers have said marijuana use is inconsistent with safe work places.” She added: “employers want to know what employees’ rights are. Because employees have a right to a safe working environment.”

According to Edmonton City Councilor Mike Nickel, the move is meant to prepare for the inevitable legalization, rather than react to the federal government. “When we are trying to play catch up, that’s when the negative effects of any kind of policy tend to hit the streets first,” he said. “And with the potential legalization of marijuana, it’s clear we want to get in front of this issue, not behind it.”

In Richmond, British Columbia, city officials are working on legislation to prohibit marijuana dispensaries, even when marijuana is allowed to be sold in a legal storefront. The Richmond City Council is looking at a bylaw that would effectively bar dispensaries in the town. “Legalization doesn’t mean to say we have to follow suit,” Councilman Bill McNulty told The Globe and Mail.

Last spring, government officials, including Prime Minister Justin Trudeau, signaled that Canada will be looking at legalization measures sooner rather than later. At the United Nations last April, Canadian Health Minister Jane Philpott called for “drug policy that is informed by solid scientific evidence and uses a lens of public health to maximize education and minimize harm.”

Philpott added: “Our approach to drugs must be comprehensive, collaborative and compassionate. It must respect human rights while promoting shared responsibility. And it must have a firm scientific foundation.” In December, a government task force released its findings about how Canada’s marijuana market should be regulated. It recommended creating a 30 gram possession limit, and a minimum purchasing age of 18.

Alec Siegel
Alec Siegel is a staff writer at Law Street Media. When he’s not working at Law Street he’s either cooking a mediocre tofu dish or enjoying a run in the woods. His passions include: gooey chocolate chips, black coffee, mountains, the Animal Kingdom in general, and John Lennon. Baklava is his achilles heel. Contact Alec at ASiegel@LawStreetMedia.com.
Share:
Related ItemsAlbertaCanadaEdmontonJustin TrudeauMarijuana Legalization