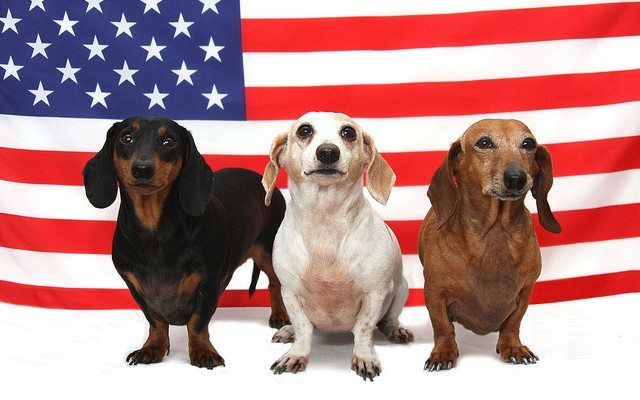 Animal Mayors on the Rise: A Solution to America’s Political Woes?

Sometimes the news, especially when it’s about politics, can get us all down. But recently I’ve been seeing a few news stories that have lifted my spirits. Lately, some small towns have started to elect dogs and cats as mayors.

Most recently, there’s Duke, a 7-year-old dog who was just elected the mayor of Cormorant, Minnesota. He’s going to have a lot of responsibilities, given that the town he presides over has 12 people. Luckily he has a great salary–kibble and treats provided by a local pet store. I’ve heard rumors that items on his agenda will include outlawing the postman, and importing more frisbees. But I’d have to say that Duke’s best qualification is that he is incredibly adorable and fluffy–just check out a video of Cormorant’s new mayor below:

One of the most famous animal leaders in the United States is the prolific Mayor Stubbs, who has run Talkeetna, Alaska since 1997. Here is Mayor Stubbs conducting an important meeting with a constituent.

Stubbs has been the mayor since he was just a kitten, defeating some of his less-qualified human candidates early in life. He was a write-in candidate, and has been very successful in reelection bids. Stubbs’ leadership has been very well received by the roughly 900 townspeople of Talkeetna, Alaska. They especially appreciate his paws-off approach when it comes to business. He also has increased tourism visits to Talkeetna just by being himself–everyone wants to come see the most prolific cat mayor in the United States.

Another more recent four-legged mayoral victory came from the town of Divide, Colorado. The leadership structure in general there is actually quite wild–the mayor is a dog named Pa Kettle, the Vice Mayor is a wolf named Kenyi, and the viceroy is a cat named Buster. To be fair, their leadership is less official than those of Duke or Stubbs, because they were elected on fundraiser driven by the local animal shelter. But since Divide doesn’t have a human mayor, I assume they’ll be consulting Pa Kettle on many important matters.

Of course, not every animal has quite as much success when running for elected office. Einstein, a beautiful shepherd mix, is running for mayor of Oakland, California. He has a very well developed platform that contains good proposals for both his human and animal friends. Unfortunately, due to horribly discriminatory laws, Einstein will not be on the ballot this year.

From what I can tell, there’s two reasons why these animals are getting involved in politics. The first is because let’s be honest, they’re super cute. Small towns often have other institutions in place to deal with day-to-day leadership, and a mayor is just a figurehead. Why shouldn’t the figurehead be fluffy, easy to work with, and boost tourism?

However there’s also another reason that some of our towns may be turning to electing dogs, cats, and other critters. It’s a pretty unsubtle comment on the state of politics in the United States. Einstein, the little guy running for Oakland mayor, is running on behalf of the Occupy Oakland movement. In a time when Congress has an approval rating of 13 percent, the state of our politics is pretty depressing. Why not change it up–at least dogs won’t try to impeach the President, fail to pass any bills, or anything of the sort. So next time that American politics have got you down, google “mayor dog.” I predict that we may see a gubernatorial bid from Duke soon.

Anneliese Mahoney
Anneliese Mahoney is Managing Editor at Law Street and a Connecticut transplant to Washington D.C. She has a Bachelor’s degree in International Affairs from the George Washington University, and a passion for law, politics, and social issues. Contact Anneliese at amahoney@LawStreetMedia.com.
Share:
Related ItemsAlaskaCaliforniaColoradoCongressDogMayor DogMayor StubbsMinnesotaOaklandOccupy Oakland