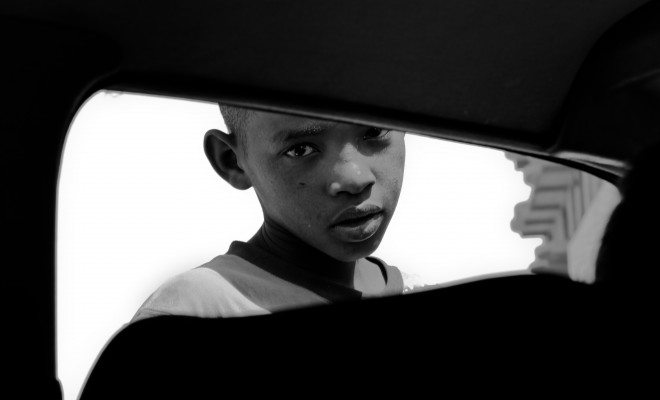 Africa Gets Screwed Over Once Again by the White Man

A 19-year-old Oklahoma teen named Matthew Durham has admitted to raping and molesting young girls and boys on a missionary trip to Kenya. Durham was volunteering with a group called Upendo and living with the children at the time of the assaults.

Why does this kind of story not surprise me? Maybe because White people have been going to the African continent for decades claiming to help, while actually causing serious harm. Whether they’re enslaving us, stealing our natural resources, or claiming our land; White people have a knack for hurting the people of Africa.

Durham was arrested last Thursday at his parents’ home in Edmond, Oklahoma after he fled Kenya due to the allegations, according to the Daily Mail. The founder of Upendo, Eunice Menja, told the FBI that Durham admitted to raping between four and ten children, including one who is HIV-positive, between April and June of this year.

According to KTLA 5, this was the fourth time Durham had visited Nairobi with Upendo, which was designed to help neglected Kenyan children. The organization’s vision statement reads, “One child at a time — while we envision a community with no more child poverty, no more child abuse but every child with each basic need met.” Oh the irony, oh the hypocrisy, it’s too much I can’t handle it.

Now it’s hard to completely blame Upendo. How were they to know that Durham was secretly into little children? But the one question that arose when I read this story was why was he allowed to sleep in the same place as these kids in the first place? He was there to help the kids, not to have a slumber party. So for that Upendo, I believe you failed. But Durham’s lawyer doesn’t seem to think so. Stephen Jones, the lawyer who defended Oklahoma City bomber Timothy McVeigh, says that Menja forced a false confession from the teenage boy with “psychological voodoo.”

Yeah, we’ll see how that holds up in court.

Jones went on to say, “I don’t think Hollywood could make up what happened at this so-called orphanage. We’re on the ground in Kenya now. We’re finding out a lot about these people. This place is right on the outskirts of Nairobi. It’s like some cult over there.”

Whether or not this “so-called orphanage” is a legitimate foundation is not the issue here. Multiple children have come forward and said that Durham touched them in inappropriate places or made them watch as he touched other kids in inappropriate places. Now whether or not you believe in voodoo is up to you, but the fact that multiple children have come forward and spoken on Durham’s behavior has to mean something, and while I get that it is your job to defend your client Mr. Jones, it seems to me like you are grasping at air. Obviously, most of the blame falls on Durham. Even if you are exploring your sexuality you have absolutely no right to explore it with children. Mr. Durham, don’t you think that these kids have already been through enough in their short lives? Don’t you think the daily hardship that these kids have to endure is already taxing enough without you forcing yourself on them? Don’t you think that these four to ten year olds deserved to grow up just a tad bit more before they were introduced to the complicated world of sex? No. You didn’t think Mr. Durham, and for that you deserve to spend a considerable amount of time in prison to do just that.

Trevor Smith
Trevor Smith is a homegrown DMVer studying Journalism and Graphic Design at American University. Upon graduating he has hopes to work for the US State Department so that he can travel, learn, and make money at the same time. Contact Trevor at staff@LawStreetMedia.com.
Share:
Related ItemsAfricaChristianityKenyaMatthew DurhamMission TripMissionariesMissionaryMolestationNairobiOklahomaRapeSexual AssaultUpendo