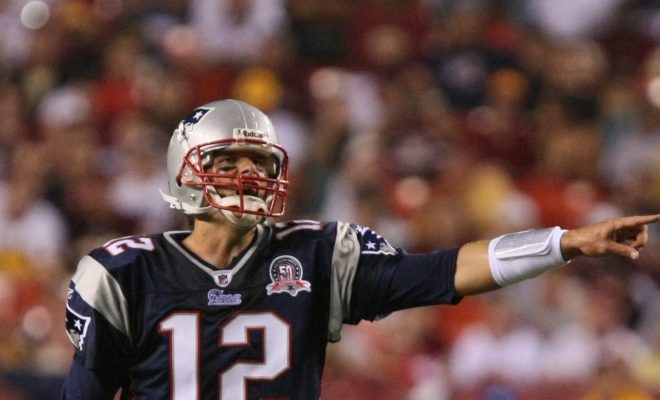 “Deflategate” is easily one of the biggest scandals to ever rock the NFL, continuously generating headlines a year and a half later. The intricacies of the controversy have become so complex, that coming this fall the University of New Hampshire’s Law School will offer a class that focuses specifically on the scandal. A legal expert for Sports Illustrated and a nationally prominent UNH law faculty professor, Michael McCann, will lead the course.

According to the class description,

The nationally publicized “Deflategate” case illustrates the power struggle that results when sports and law collide. [The course] will introduce [students] to the role the legal system plays in sports, relevant practices and applications in the field, and the journalistic methods used to fuel a scandal that has dominated the professional sports landscape since January of 2015.

It’s been 544 days since the scandal began with the New England Patriots and the Indianapolis Colts’ AFC Championship Game. On Wednesday, the U.S. Court of Appeals for the Second Circuit rejected a request from Patriots quarterback Tom Brady to avoid a four-game suspension for his role in deflating footballs to make them easier to catch during rainy games. For now, it looks like the New England QB will be watching the games from the sidelines.

Why is this still a thing? #Deflategatepic.twitter.com/gLWWtwxGc1

The federal appeals court’s decision could finally be the end to a long and embarrassing string of violations, but Brady can still ask the Supreme Court to overrule his suspension. The odds of that happening are slim though, because the Patriot’s first game takes place in less than two months.

“That would be an extremely long shot, and, of course, could not be finally resolved soon, even were the justices to hear the appeal,” said Carl Tobias, a law professor at the University of Richmond.

The NFL Players Association issued a statement regarding the court’s ruling to deny Brady’s request. The statement reads:

We are disappointed with the decision denying a rehearing, as there were clear violations of our collective bargaining agreement by the NFL and Commissioner Roger Goodell. Despite today’s result, the track record of this League office when it comes to matters of player discipline is bad for our business and bad for our game. We have a broken system that must be fixed. We will review all of our options carefully on behalf of Tom Brady and all NFL players.

Tom Brady when he heard his 4-Game Suspension was being upheld. 😂😆 #Deflatriots #DeflateGate https://t.co/l9b3S4hscM

The transformation and complications of the scandal will make the law course on the topic an intriguing option for students. The scandal has transformed from cheating accusations over the air pressure in footballs, to a multi-million dollar legal battle involving the nation’s top lawyers. It has also raised questions about the powers of the commissioner and unionized employees’ right to due process in a disciplinary hearing.

“When deflated footballs dominate national headlines, it’s clear that sports have become much more than just a casual pastime in the United States,” reads the class description. “Often the real game takes place on a playing field where legal, regulatory, and journalistic systems converge on the governance of professional sports.”

The Patriots’ backup quarterback, Jimmy Garoppolo, is expected to fill in for Brady in games against the Arizona Cardinals, Miami Dolphins, Houston Texans, and Buffalo Bills. Brady would be eligible to make his regular-season debut in Week 5 against the Cleveland Browns.

Despite the team playing with a second-string player, the Patriots are still predicted to perform well this upcoming season. But during those four games, Brady is set to lose approximately $235,294 in salary.

Inez Nicholson
Inez is an editorial intern at Law Street from Raleigh, NC. She will be a junior at North Carolina State University and is studying political science and communication media. When she’s not in the newsroom, you can find her in the weight room. Contact Inez at INicholson@LawStreetMedia.com.
Share:
Related ItemsCourt of AppealsDeflategateMichael McCannNew England PatriotsNFLNFLPAScandalSupreme CourtTom BradyUniversity of New Hampshire