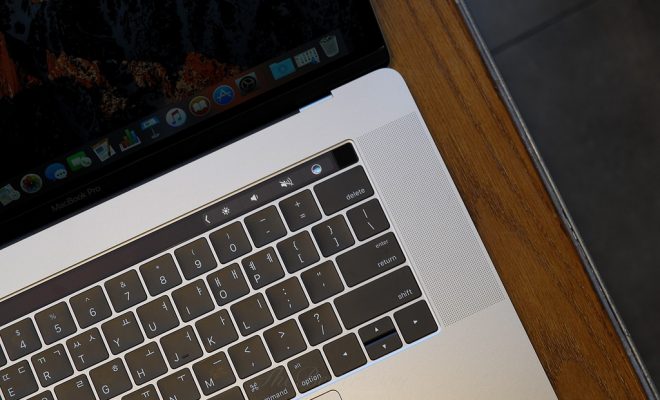 Twelve states are taking the bar out of the bar exam–the newest MacBook Pro’s Touch Bar, that is.

North Carolina’s Board of Law Examiners is the latest board to ask test-takers using MacBooks to disable the function during exams over concerns about cheating. The new rule will go into effect for students sitting for the test in February.

According to ExamSoft, a company that manufactures testing software for the board, the “Touch Bar will show predictive text depending on what the student is typing, compromising exam integrity.”

9to5Mac, a website that covers news about Apple, reported that ExamSoft’s software is typically able to block access to the internet or apps that allow students to cheat, but that the new Touch Bar rule was likely an “extra precaution.”

Don’t know if you’ll be allowed to bring your computer to the test? Katherine Silver Kelly, an Ohio State University law professor, has been using her blog Bar Exam Wizard to post the list of states placing restrictions on MacBook Pros and the Touch Bars.

Apple introduced the updated MacBook Pro in October with the Touch Bar as a replacement for function keys. The bar is a touchscreen that runs along the top of the keyboard and can be customized to display users’ most-used apps. It also provides full emoji access.

Victoria Sheridan
Victoria is an editorial intern at Law Street. She is a senior journalism major and French minor at George Washington University. She’s also an editor at GW’s student newspaper, The Hatchet. In her free time, she is either traveling or planning her next trip abroad. Contact Victoria at VSheridan@LawStreetMedia.com.
Share:
Related ItemsAppleBar ExamMacBook ProNorth CarolinaTouch Bar