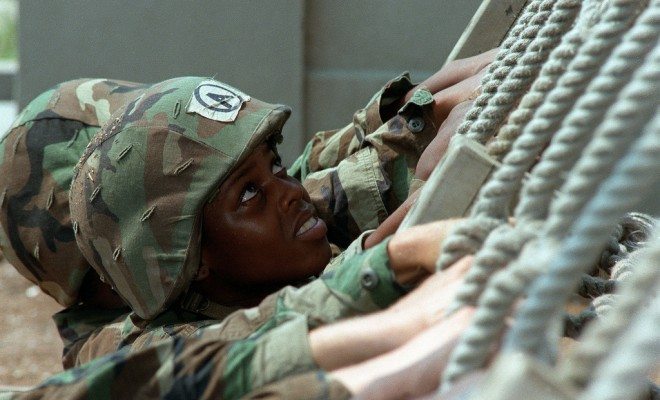 Will Women Start Registering for the Draft?

Since the United States first introduced the Selective Service System in 1940, only men in the U.S. have been required to register with the government agency in the case a draft needs to be implemented. However, with recent news that all combat jobs in the U.S. military are going to be opened up to women, some top U.S. military officials are now acknowledging that women should be registered for future military drafts as well.

General Mark A. Milley, chief of staff of the Army, and General Robert B. Neller, the Marine Corps commandant, both testified at a hearing in front of the Senate Armed Services Committee earlier today; they agreed that it’s time to register women for the draft. Senator Claire McCaskill, who also supports including women in the Selective Service registry sparked the conversation when she asked the two officials about it. However, other leaders, including Navy Secretary Ray Mabus and Army Acting Secretary Patrick Murphy only said that the issue should be researched and discussed.

Currently, only men between the ages of 18-25 are required to register with Selective Service in the U.S.–although there are exceptions, such as men who are handicapped, or foreign nationals in the U.S. on student visas. There is also “conscientious objector status” which can be claimed by someone who objects to serving  in the military on moral or religious principles. According to the Selective Service website:

Beliefs which qualify a registrant for CO status may be religious in nature, but don’t have to be. Beliefs may be moral or ethical; however, a man’s reasons for not wanting to participate in a war must not be based on politics, expediency, or self-interest. In general, the man’s lifestyle prior to making his claim must reflect his current claims.

The information maintained by the Selective Service System is to be used in the case of a draft. However, a draft hasn’t actually been implemented in the United States since 1973, during the Vietnam War.

There are obviously a lot of steps that would need to be put in place before young women would be required to sign up for the draft; even the integration of women in all combat roles is expected to take up to three years. But as that process gets started, it may be something that we hear about more and more.

Anneliese Mahoney
Anneliese Mahoney is Managing Editor at Law Street and a Connecticut transplant to Washington D.C. She has a Bachelor’s degree in International Affairs from the George Washington University, and a passion for law, politics, and social issues. Contact Anneliese at amahoney@LawStreetMedia.com.
Share:
Related ItemsArmyConscientious ObjectorDraftMarine CorpsMilitaryNavySelective ServiceWomen