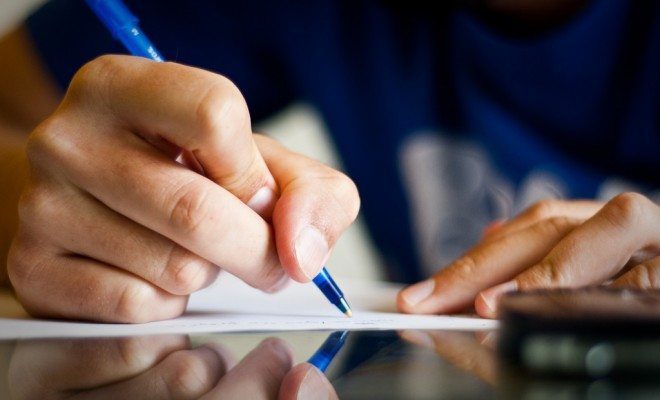 Here in the United States it’s easy to take the concept of Freedom of the Press for granted. The idea that someone would be jailed for the pieces he writes is almost unthinkable to us. Whether or not that’s actually the reality is a different matter–concerns over whistleblowers and journalists giving up their sources have increased in recent years–the concept of Freedom of Press still dominates American thought when it comes to journalistic rights. But it’s just as easy to forget that those principles don’t hold universal–in many parts of the world, imprisoning journalists for the simple facts of what they write is common practice. There are currently 221 journalists in prison worldwide. In 2014, 67 were killed, and just since the beginning of 2015, an additional 17 have been killed. That’s a problem, and it prompts the question: what can be done?

There are currently 31 nations that have at least one journalist in prison. The worst offenders are China, Iran, and Eritrea, at 44, 30, and 23, respectively. Other nations with a significant number of journalists in prison include Myanmar at ten, Egypt and Syria at 12 each, Vietnam at 16, and Ethiopia at 17.

According to the Committee to Protect Journalists (CPJ)–the organization that conducted the research–more than half of the imprisoned journalists work on a web platform; the majority of the rest work in print. CPJ also explains why the journalists are imprisoned:the majority were accused of being “antistate,” many were arrested on “retaliatory charges,” a few were charged with false news or defamation, and some were arrested for unknown or undisclosed reasons.

In response to these statistics, students at the University of Maryland came up with a project called “Press Uncuffed” to attempt to bring attention to the plight of journalists imprisoned around the world, as well as to provide support to CPJ and support its mission to free these journalists. Here’s a video that outlines the students’ motivations.

The group, led by Pulitzer Prize-winning journalist Dana Priest, will manufacture and sell Lucite bracelets, each of which will be engraved with the name of one of the imprisoned journalists; they are currently in the beginning stages of an indiegogo campaign to make that a reality. They aim to sell these bracelets on May 3, which is “World Press Freedom Day.” The bracelets are made of a see-through material to symbolize the need for transparency in global journalism.

The journalists being highlighted by Press Uncuffed include Reyoot Alemu, who has been imprisoned in Ethiopia on anti-state charges for nearly four years, accused of terrorism. She had written for an independent publication called Feteh, and was highly critical of the government.

There’s also Mahmoud Abou Zeid, nicknamed “Shawkan,” who is in prison in Egypt. He’s a freelance photographer who took pictures after Morsi was ousted. He was accused of many things, including weapons possession and murder, but up to this point it doesn’t appear that official charges were ever filed against him.

Also on the list is Yusuf Ruzimuradov of Uzbekistan. He’s been in prison for more than 16 years after being convicted of being “anti-state” in 1999. He’s one of the longest-imprisoned journalists in the world.

The aim of the Press Uncuffed movement is to bring attention to the plight of those brave journalists who aren’t as fortunate as we are to live in a nation where the press can be considered “free.” Various media companies and other members of the industry, such as HBO and the Knight Foundation, have lent their support. As Press Uncuffed described part of its aim:

We believe the link between information and a free and equitable society is vital and sometimes not fully understood. We hope Press Uncuffed humanizes the people who are risking their lives to give us information and creates a greater appreciation for the role of a free press.

It’s certainly a step in the right direction. While creating this kind of fundraiser won’t necessarily lead to immediate results, it will certainly increase awareness and accountability for  nations that decide to imprison journalists.

Anneliese Mahoney
Anneliese Mahoney is Managing Editor at Law Street and a Connecticut transplant to Washington D.C. She has a Bachelor’s degree in International Affairs from the George Washington University, and a passion for law, politics, and social issues. Contact Anneliese at amahoney@LawStreetMedia.com.
Share:
Related ItemsCommittee to Protect JournalistsDana PriestFreedom of the PressImprisoned JournalistsJournalismJournalistsMarylandPressUMDUniversity of Maryland