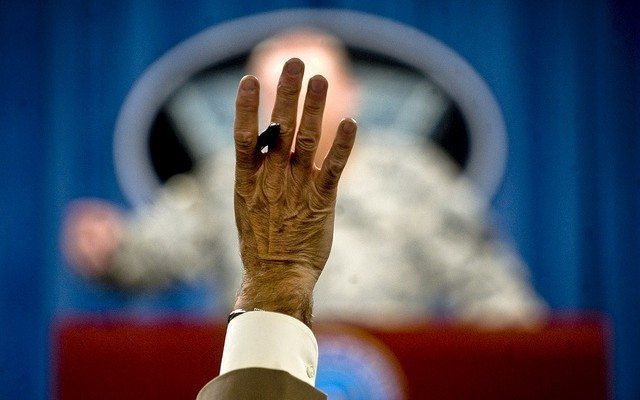 U.S. Drops to 49th Place For Global Freedom of the Press

The American Bill of Rights includes some fundamental freedoms to which we all, as American citizens, are entitled. One of them is called “Freedom of the Press.” It’s a freedom we may take for granted; it’s easy to assume that a nation whose President is often dubbed “the leader of the free world” also has the freest press; however, this year the United States ranked #49 out of 180 nations on Reporters Without Borders’ World Press Freedom Index 2015.

Reporters Without Borders explains its goal as follows:

The aim of the index is to measure freedom of information in 180 countries. It reflects the degree of freedom that journalists, news media and netizens (Internet citizens) enjoy in each country, and the efforts made by the authorities to respect and ensure respect for this freedom. It should not be seen as an indication of the quality of the media in the countries concerned.

The rankings include both quantitative and qualitative data. In order to compile the list, Reporters Without Borders “scores” nations based on seven criteria categories:

The United States’ place on the list at 49 is tied for the lowest its ever been–it was also 49 in 2007. Last year, the U.S. was three places higher. Reporters Without Borders explained the drop, stating:

In the Americas, the United States (49th, down three places) continues its decline. In 2014, the New York Times journalist James Risen came under government pressure to reveal his sources. Although the Obama administration backed away in that case, it continues its war on information in others, such as WikiLeaks.

Reporters Without Borders also cited the American treatment of Edward Snowden as another reason for the U.S.’s slip down the list. In addition, the treatment of the press in hostile situations, such as the environment in Ferguson, Missouri after the shooting of Michael Brown, was a reason for concern.

The United States’ commitment to Freedom of the Press doesn’t appear to go as far as it could. It’s concerning–hopefully some positive changes will be made in the New Year and we’ll move further up the list when the next rankings are released.

Anneliese Mahoney
Anneliese Mahoney is Managing Editor at Law Street and a Connecticut transplant to Washington D.C. She has a Bachelor’s degree in International Affairs from the George Washington University, and a passion for law, politics, and social issues. Contact Anneliese at amahoney@LawStreetMedia.com.
Share:
Related ItemsBill of RightsEdward SnowdenFergusonFreedom of the PressMediaMichael BrownReporterReporters Without BordersWikileaks