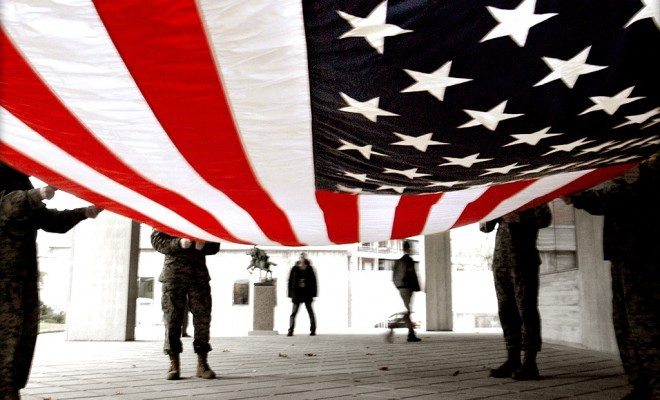 With 22 Veteran Suicides Each Day, Where Are Our Priorities?

For the majority of my life, war has been the norm in the United States. We entered Afghanistan in 2001 and Iraq in 2003. War is the new normal–and between 2004-2011 war was, as expected, mostly the leading cause of death for troops in the U.S. military. But for the last two years, that trend did not hold true. Suicide has surpassed war as the number one killer of American troops.

Suicide is also incredibly prevalent among veterans. According to a report released by the Department of Veterans Affairs, 22 veterans take their own lives every day. Given the way the VA collects that information it’s speculated that that number could be even higher. To put this in context, roughly 20 percent of suicides in the United States are committed by veterans, even though they make up just 10 percent of the population. That’s a startling and terrifying figure; as News21 put it:

Now, the civilian suicide rate has also been rising. According to the New Yorker:

In the United States, suicide rates have risen, particularly among middle-aged people: between 1999 and 2010, the number of Americans between the ages of thirty-five and sixty-four who took their own lives rose by almost thirty percent.

Suicide is a gigantic issue among both our troops and our veterans. The ways in which we understand Post Traumatic Stress Disorder and the effects of war continue to evolve, but clearly we haven’t done enough. See the infographic below for just some of the ways in which veterans’ and active service peoples’ duties can affect them.

PTSD is tricky because it can show up suddenly or gradually, sometimes a long time after the traumatic event. In addition, medical care for veterans hasn’t always been as top notch as it could be–we all remember the VA hospital scandals earlier this year. PTSD can fuel depression, alcoholism, and various other problems. There are other reasons that veterans and service members are at particular risk. For some, reacclimating to civilian life can be very difficult. While there’s no dispositive list of risk factors, it’s clear from statistics alone that this is a significant problem.

The argument that the suicide rate will go down once we’re fully out of Afghanistan and Iraq seems like it should make sense, but it’s not that simple. Even while those wars have been slowly de-escalated, suicide rates have remained pretty constant. That ties back to the fact that PTSD can develop over time along with those struggles that veterans face when they return. A troubling portion of our nation’s veterans become homeless, which makes getting them access to health care and help even more difficult. After all, since 2010, there has been a thirty-three percent increase in homeless veterans.

The fact is that anyone who is a member of our military forces–or former member–deserves the utmost respect, help, and care. But that simply isn’t happening–and until I started looking up these statistics today I didn’t quite realize how much we are failing them. Something has to change–and it starts with awareness.

Anneliese Mahoney
Anneliese Mahoney is Managing Editor at Law Street and a Connecticut transplant to Washington D.C. She has a Bachelor’s degree in International Affairs from the George Washington University, and a passion for law, politics, and social issues. Contact Anneliese at amahoney@LawStreetMedia.com.
Share:
Related ItemsActive DutyAfghanistanDepartment of Veterans AffairsHealthcareIraqMilitaryPTSDSuicideVAVeteransWar