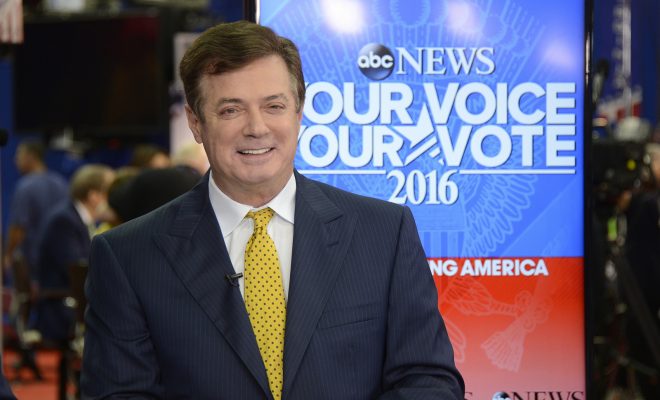 The lobbying firm run by Donald Trump’s campaign chairman Paul Manafort conducted business in support of Ukraine’s pro-Russia political party that governed the country from 2012 to 2014. According to emails the Associated Press obtained, Manafort’s firm aimed to sway American public opinion in favor of Viktor Yanukovych’s government, through positive coverage in U.S. media outlets such as The New York Times and The Wall Street Journal. The firm also tried to undermine American sympathy for opposition politician and democracy advocate Yulia Tymoshenko who was imprisoned by Yanukovych’s government.

As Law Street Media reported earlier this week, Paul Manafort was mentioned in a list of names that received big cash payments from the Ukrainian government, with $12.7 million earmarked for him. Rick Gates, now his deputy, was at the time working for Manafort’s political consulting firm, DMP International LLC. He directed the work of two Washington-based lobbying firms, Mercury LLC and Podesta Group Inc., in trying to bring about a positive impression of the Ukrainian government.

The emails show that Gates personally scheduled appointments between the Ukrainian foreign minister and American politicians. The foreign minister, according to the emails, did not want to use his own embassy in the U.S. for any coordination of meetings. Gates was also assigned the task of undermining support for Yulia Tymoshenko, even as the U.S. pressured the Ukraine government to free her.

Trump said Tuesday night that if he becomes president he would make sure officials would not be allowed to accept speaking fees from “corporations with a registered lobbyist for five years after leaving office or from any entity tied to a foreign government,” a proposal that seemed to be directed at the Clintons. But now it is clear that two of Trump’s own campaign advisers failed to report their activities as foreign agents, as they are required to by federal law. Not only that, but they specifically denied ever having been involved in such work, a felony that is punishable by up to five years in prison and a fine of up to $250,000.

Exactly what role Manafort played in the lobbying operations is not clear, other than being the boss of Gates at DMP International. Both he and Gates have previously said that they did not conduct any direct lobbying, and only introduced the two Washington-based firms to a European non-profit which then took over. But the content of the emails seem to contradict that.

Manafort and Gates have been in charge of Trump’s campaign since the spring of 2015, which makes their earlier lobbying activities especially noteworthy. This brings a lot of questions to the surface and coincides with criticism of Trump’s relationship to Russia.

Emma Von Zeipel
Emma Von Zeipel is a staff writer at Law Street Media. She is originally from one of the islands of Stockholm, Sweden. After working for Democratic Voice of Burma in Thailand, she ended up in New York City. She has a BA in journalism from Stockholm University and is passionate about human rights, good books, horses, and European chocolate. Contact Emma at EVonZeipel@LawStreetMedia.com.
Share:
Related ItemsDonald TrumpEmailsLobbyingManafortPaul ManafortRepublican PartyRick GatesRussiaTrumpUkraine