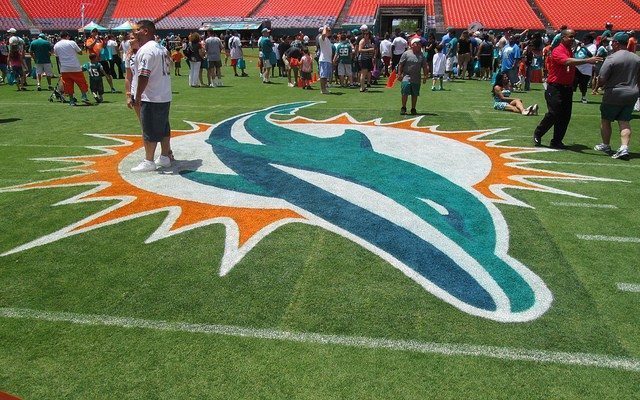 The Miami Dolphins Should Be Embarrassed

When I hear about bullying I think of children crowded around a playground. I do not think of burly 300-pound men. Well, all of my bullying misconceptions were put to rest this week, after the increasingly odd story revolving around alleged bullying, racism and abuse on the Miami Dolphins.

Any attempt to simplify this story will go horribly astray, because the complicated web of controversy and pure weirdness keeps getting more tangled by the day. My attempt at a timeline will start with the principal players—Jonathan Martin and Richie Incognito. Jonathan Martin, an offensive tackle from Stanford has stated that Richie Incognito, a guard who’d been with the team for years, harassed, threatened, and made racist remarks to him. These incidents of bullying came out after Martin left the team on October 28th. He is currently listed on the non-football injury list and has reportedly checked into a hospital room seeking treatment for emotional distress. Incognito was suspended on November 2nd.

The messages that Incognito sent to Martin were without a doubt incredibly offensive. The transcript of a voicemail left on Martin’s phone by Incognito was as follows:

When allegations first came up, the Dolphins originally claimed that they were groundless. But after they were presented with evidence and forced to acknowledge Incognito’s actions, it has come to light that according to anonymous sources, Incognito may have been told to “toughen up” Martin by the Dolphin’s leadership. Incognito still stands by his claims that he was just joking around with a teammate, and not serious about any of the things that he said to Martin. In regards to the expletive riddled voicemail cited above, Incognito stated, “when I see that voicemail, when I see those words come across the screen, I’m embarrassed by it. I’m embarrassed by my actions. But what I want people to know is, the way Jonathan and rest of the offensive line and how our teammates, how we communicate it’s vulgar. It’s not right.”

Other odd facts have come into the story: Martin has hired a lawyer, David Cornwall. Cornwall came out with a statement that claims Martin also suffered a “malicious physical attack” and endured treatment that went well beyond hazing.

Dolphin’s owner Stephen Ross has gone to the NFL and asked for an investigation into the team’s workplace condition. A special counsel will investigate. The NFL Players’ Association has stated that it is not pursuing an investigation, but will try to work with both of the players if need be.

There are also claims of other inappropriate behavior by Incognito. ABC News unearthed a police report from 2012 in which Incognito harassed a 34-year-old female volunteer at a Dolphins golf tournament.

This story has led to a number of different reactions. Dolphins team members claim  that Martin and Incognito were good friends and that they were confused when Martin made these allegations. Commentators and critics have ranged from dismayed over the culture of hazing and bullying in the NFL, to embarrassed that grown men would behave in such a way.

Unlike some past NFL scandals that have been purely about team management and playing style, for example, the Patriot’s 2007 “spygate” scandal, this has the potential to open up a national discussion on so many levels. Conversations on racism, sports culture, hazing, and management are all fair game. Clearly, all need to happen on the Miami Dolphins team.

Anneliese Mahoney
Anneliese Mahoney is Managing Editor at Law Street and a Connecticut transplant to Washington D.C. She has a Bachelor’s degree in International Affairs from the George Washington University, and a passion for law, politics, and social issues. Contact Anneliese at amahoney@LawStreetMedia.com.
Share:
Related ItemsAFC EastBullyingFootballHazingJonathan MartinMiami DolphinsNFLNFL Players AssociationRacismRichie IncognitoSports Culture